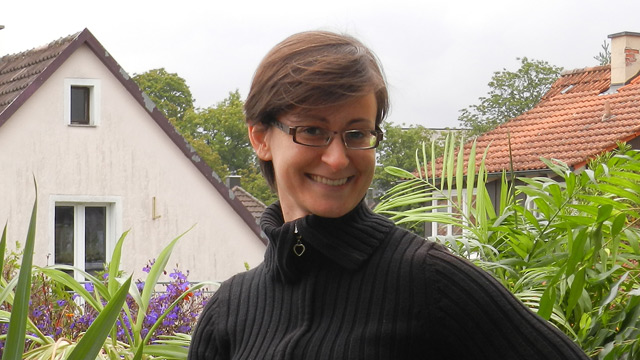 When Katerine Perrault worked at the tribunal office at the Canadian Conference of Catholic Bishops in Ottawa, she felt the desire to help couples whose cases for annulment came across her desk, but she didn't know how.

Providence took care of her desire, she said, when an "unexpected opportunity" to study at the John Paul II Institute for Marriage and Family in Rome was presented to her by Archbishop Christian Lépine.

"It's like a puzzle piece that completed the puzzle of my life and varied formation," she said.

Perrault is the first laywoman mandated and fully funded by Archbishop Lépine for full-time study in Rome. After two years, Perrault will return to Montreal this fall to work for the archdiocese.

Perrault grew up in Montreal and studied communications in Quebec City, before completing a psychology degree at the University of Ottawa. After graduation, she worked as a clerk at the tribunal of the Canadian bishops' conference and then as the co-ordinator for the French section at NET Ministries. She is also a certified life coach.

She began study at the John Paul II Institute for Marriage and Family, located at the Pontifical Lateran University in Rome, in October 2012, after having learned Italian largely on her own. She was pleased by the calibre and expertise of her internationally renowned professors.

"I'm far from being an expert but I would like to share the knowledge I've learned with others," she said. "I understand marriage and family more, the teachings of the Church, and I'm very passionate and enthusiastic about it."

The trilingual Perrault fit in easily at the Lay Centre, an international residence in Rome's historic centre for lay students at pontifical universities. She described her time at the residence as "a blessing" and an important learning experience about the universal Church.

A lifelong practising Catholic and member of Notre-Dame-de-Bel-Amour Parish while in Montreal, Perrault participated as a pilgrim at World Youth Day in Denver (1993) and as a group co-ordinator for World Youth Day in Toronto (2002).

The 35-year-old says she is eager to be among those who "re-propose Jesus Christ" in the archdiocese. She feels her time in Rome during Pope Francis' pontificate has taught her much about how the Church effectively evangelizes.