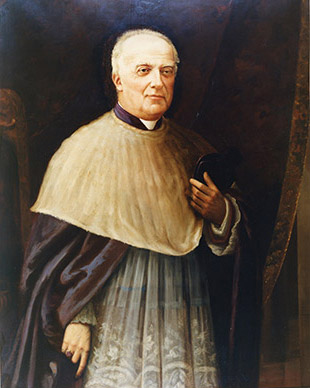 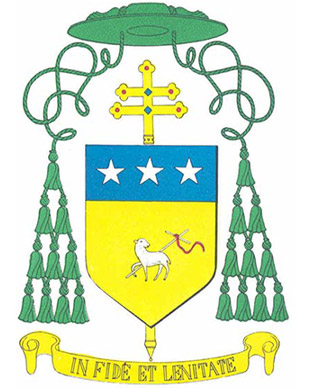 The first archbishop of Montreal, Archbishop Fabre exhibited, very early during his tenure, a bright mind, gifts as a speaker, and self-composure. Without an auxiliary, he ordained 210 priests from his diocese and 820 more from Canadian or American dioceses, all trained in the Grand Seminary of Montreal.

In times of economic crisis, he first came to the assistance of poor parishes, then to the unemployed by organizing a collection through the whole diocese and, with Father Labelle, by promoting land settlement. In 1890, he obtained from Rome the almost total independence of the University of Montreal from Université Laval.

His family and studies

Édouard-Charles Fabre was born in Montreal on February 28, 1827, to a well-known family of the time. His father, Édouard-Raymond, was a successful bookseller and publisher. Very patriotic, he was intimate with Louis-Joseph Papineau. He was politically involved and took part in the Rebellion of 1837-1838, was taken prisoner, and was then pardoned in consideration of his wife’s illness. After calm was restored, he showed great generosity to the victims of the conflict, particularly to the exiles in Australia. Ten years after the Rebellion, he was mayor of Montreal in 1849-1851. The cholera epidemics took his life in 1854, at age 55.

Ordination, first ministries and other duties

Bishop Prince ordained him a priest on January 23, 1850. He was then named assistant pastor in Sorel, where he worked for two years, and he was then parish priest in Pointe-Claire for another two years. He was recalled to the bishop’s palace in the fall of 1854. A year later, on December 25, 1855, he was installed as titular canon of the Cathedral; he was 28 years old.

On April 1, 1873, Rome appointed him coadjutor of Bishop Bourget with future succession. He was ordained bishop in the Church of the Gesù by Alexandre Taschereau, archbishop of Quebec City.