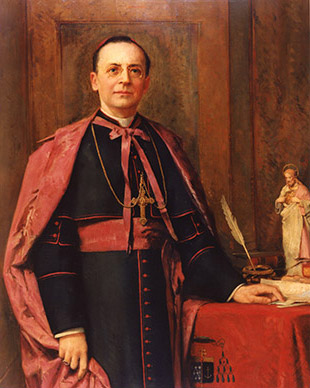 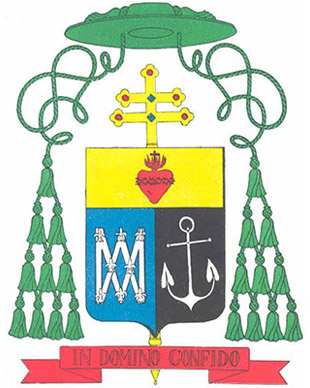 Archbishop Paul Bruchési, fourth bishop and second archbishop of Montreal, was known for his keen intelligence, openness of mind, eloquence, and love for the Church. It is under his episcopate that St. Joseph’s Oratory (1904) was founded and that the 20th International Eucharistic Congress (1910) was held in Montreal with remarkable success. It is also under his leadership that autonomous status was obtained for the University of Montreal (1919).

Birth, studies, ordination, ministry
In the parish of Saint-Joseph of Montréal, a reputable neighbourhood close to the future Cathedral, Paul Bruchési was born on October 29, 1855 to Paul-Dominique Bruchési and Caroline Aubry. He was part of a family of seven children; one of his brothers, Barthélémy, also became a priest; another, Benjamin, was a lawyer.

From 1897 to 1921: active life, Congress of 1910, University of Montreal
Archbishop Bruchési began his mission by visiting, one by one, about 10 women’s religious communities on which he relied very much and which were always dear to his heart.

It was during Archbishop Bruchési’s episcopate and with his approval that Saint Joseph’s Oratory of Mount Royal was founded in 1904. The archbishop presided over the rapid early developments of the sanctuary.

From 1921 to 1939: disease, reclusion, death
In 1919, Archbishop Bruchési began to feel the symptoms of a strange illness characterized by a mix of physical depression and moral anguish that deprived him of any initiative and his capacity for making decisions. It was observed that his illness coincided with the passing of a vicar general he loved greatly, Msgr. Émile Roy. Some consider it as an aftereffect of the intense pressure suffered by the Archbishop during the war, which would have worn him out prematurely.