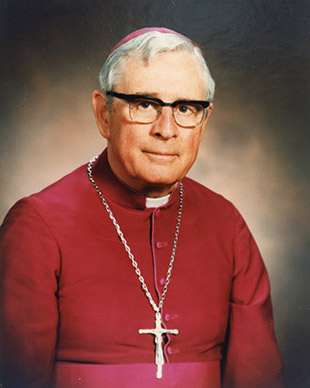 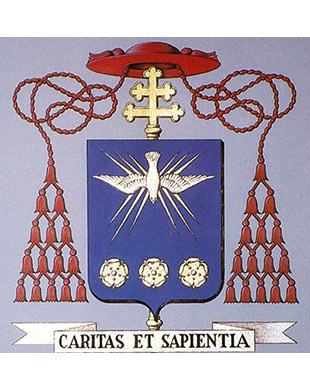 Paul Grégoire became the Archbishop of Montreal shortly after Paul-Émile Cardinal Léger’s resignation. His episcopate is marked by the implementation of the Second Vatican Council at the height of the Quiet Revolution. He structured the Diocesan Curia: Presbyteral Council (1969), Pastoral Council (1972), Council of the Religious (1975) and Episcopal Council (1971), diocesan catechumenate (1976) and Family Life Office (1980). He was the driving force behind the major diocesan pastoral projects and the renewal of sacramental practice. He was responsible for the training internship offered to priests (internship in Rome), the permanent diaconate service, the creation of La Maison du Père, the missionary pastoral care service and the diocesan committee on the status of women.

Paul Grégoire was born on October 24, 1911, in the Saint-Clément-de-Viauville Parish in Montreal, but shortly after his birth, his family settled in Verdun, where he spent his childhood and teenage years. He was the firstborn of J. Albert Grégoire and Marie Lavoie. He had two brothers, and when he was in his twenties, his parents adopted nine cousins, the children of a deceased widower uncle.

Auxiliary bishop, then bishop of Montreal

On December 27, 1961, he was ordained bishop as an auxiliary to the Archbishop of Montreal, Paul-Émile Cardinal Léger, and was appointed to the positions of vicar general and director of the Office for Clergy. He especially worked to prepare the creation of pastoral zones, clusters of parishes made as a follow-up to Fr. Norbert Lacoste’s socio-religious survey on the religious practice in Greater Montreal; the report on this survey had just been filed in November 1961. During the Second Vatican Council, he was the administrator of the diocese in the Cardinal’s absence for the fall sessions of 1962, 1963, and 1965, and he took part in the 1964 session in Rome.

Archbishop Paul Grégoire took up his office at a crucial moment in the history of both the universal and diocesan Church. The Second Vatican Council had just ended in 1965. The issue was the follow-up to the Council and the concrete application of its major orientations. The country was still going through the “Quiet Revolution” and the turmoil of a society which, in the name of renewal, summarily rejected many values and wanted to turn its back on the past. The task at hand was to gather all the active forces of the Christian community to face the rising winds.

During the inaugural speech of his episcopate, Archbishop Grégoire spoke of unity, union of forces, new structures based on the participation of priests, male and female religious, and the faithful at all levels of responsibility.

Relying on provisional committees and taking all the time needed, Archbishop Grégoire undertook to create the Councils that were suggested or mandated by the Second Vatican Council:

The size and extreme diversity of the diocese required intermediate bodies. Therefore, Archbishop Grégoire adopted the formula of pastoral regions directed by their respective episcopal vicars. The diocese had 1,570,000 Catholics divided into six French-speaking pastoral regions—one group of parishes for English-speaking Catholics, and one group of ethnic and ritual communities.

Regional episcopal vicars have been appointed since 1976.

Archbishop Grégoire felt that these necessary structural elements should support the major orientations of the Church of Montreal, derived from the major themes of the Council. These orientations were embodied in diocesan pastoral projects. Prepared by ad hoc teams which produced, for each project, explicative documents and practical instruments, these projects had significant and generous titles: Bâtir des communautés vivantes (1974), Ensemble annoncer Jésus-Christ (1977), Responsabilités et engagements des chrétiens dans l’Église et dans la société (1982). These projects were providentially followed by festive events that were their extensions in some ways: the Pope’s visit to Canada, particularly here in Montreal (1984), celebration of the 150th anniversary of the diocese (1986), and the appointment of Archbishop Paul Grégoire as a cardinal (1988).

Also in the wake of the Council, sacraments and their celebration, under the influence of Archbishop Grégoire and with his support, were judiciously rejuvenated. Let us recall the pastoral care for the baptism of children with the well-received document Porté au baptême (1978), parish committees for baptismal pastoral care, and other committees for the sacraments of Christian initiation (Penance, Eucharist, Confirmation).

One should mention here two creations that were related to the sacraments: the diocesan catechumenate, established in 1968, for adults who ask to be admitted to the faith and Baptism and who are welcomed, initiated and accompanied by committed believers; and the Family Life Office, started in 1980 after three years of preparation. In true priests/laypeople cooperation, this Office works to rejuvenate Christian marriage through a threefold action (marriage preparation, pastoral animation for married couples and their families, and support for households that are going through specific difficulties).

Archbishop Grégoire always showed attentive concern for his brother priests. He multiplied initiatives for their support and sense of worth; they include various forms of vocational upgrading, internships in Rome that have benefitted over 264 priests in the past 24 years, internships in Pierrefonds for priests from Quebec dioceses, and the opening of the Ignace Bourget residence, which since 1981 has housed retired priests (whether independent or sick) and convalescent priests, with excellent care for the 50 priests who live there. At the other end, there is the Oeuvre des vocations, whose action, more necessary than ever, proposes to young men a commitment to the Church through the priesthood.

This return to our roots, proposed by the Second Vatican Council, was welcomed by the Archbishop. He ordained the first permanent deacon in 1976. In 1990, there were 57 (90 in 2000). Reporting to the bishop, deacons exercise ministries in liturgy, preacing, witness, and charitable service. Archbishop Grégoire took care of their training and spiritual growth with the guidance he gave them. Today, they are new and precious workers in the Lord’s vineyard.

Archbishop Grégoire strove to give an ever-greater role to laypeople and religious men and women in the Church by giving them pastoral mandates that certified their Church involvement in pastoral care in parishes, hospitals, and schools. In diocesan services, in action movements and in spiritual groups, they have meaningful responsibilities and bring a rich contribution to Church life.

The Archbishop’s statements in the evolving area of education are well-known. He largely contributed to the expression of Quebec bishops’ open-minded positions that were respectful of the population’s cultual and cultural diversity. At the same time, he insisted on the religious dimension as an essential component of the complete formation of youth and on the benefits of pastoral care in schools, which are appreciated by school communities.

The destitute, the lonely, immigrants, and the homeless were always foremost in his social concerns. In 1969, he created La Maison du Père for the homeless, which has rendered countless services to our Montreal community. The Archbishop also issued high-profile statements during the October 1970 crisis, during the hospital and school labour disputes in 1976, and during the hospital strike in 1979. He generously welcomed the Ugandan refugees in 1979 and the Southeast Asian refugees who attracted great generosity from Church members, with 200 committees created and 2,000 people received.

Appointment as cardinal and overview

All this commitment and generous service to the Church in Montreal deserved a rest that had even become mandatory. On his seventy-fifth birthday in 1986, Bishop Gregory presented his resignation to the Holy Father and awaited a response. It took a long time to come, but in the spring of 1988 he was made a cardinal on June 28, 1988. Everyone understood that John Paul II was recognizing his merits. Docile, the Archbishop went to Rome with his immediate collaborators.

Life and work resumed. Cardinal Grégoire was obedient, but firm as well. In early 1990, he renewed his request to Rome: “I do not see myself as Archbishop of Montreal at age 80.” This time, the answer came more promptly. On March 17, 1990, Pope John Paul II authorized his retirement.
Read more...