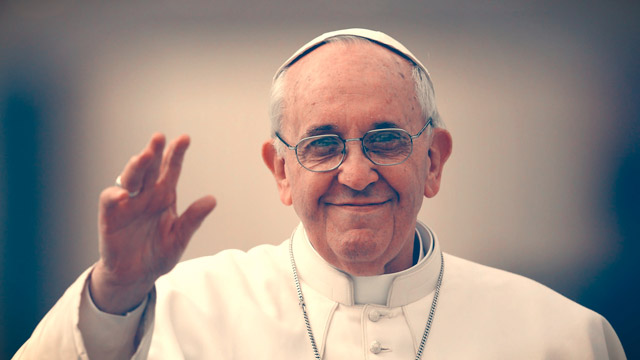 Pope Francis' Encyclical on the Environment, "Laudato Si," Will Be Presented on June 18, 2015, at Noon, Rome Time.

Three people have been invited to speak to the press in the new Synod hall:  Cardinal Peter Kodwo Appiah Turkson, the president of the Pontifical Council for Justice and Peace, Professor John Schellnhuber, the founding director of the Potsdam Institute for Climate Impact Research, and a representative of the Patriarch of Constantinople.

The presence of theologian Johannis Zizioulas, Eastern Orthodox metropolitan of Pergamon, is a clear indication of the close ties between Pope Francis and Patriarch Bartholomew I, who is also very sensitive to the issue of respect for Creation.

A draft copy, in Italian, of Pope Francis' encyclical, Laudato Sì, was published on Monday by the Italian weekly magazine, L'Espresso. "It is not the final document," said the director of the Holy See Press Office, Father Federico Lombardo, "The rules of the embargo remain in place."

He added, "We ask journalists to wait for the official publication of the final text." The Supreme Pontiff's encyclical will be published in Italian, French, English, German, Spanish, and Portuguese.

Laudato Si: on the Care of our Common Home