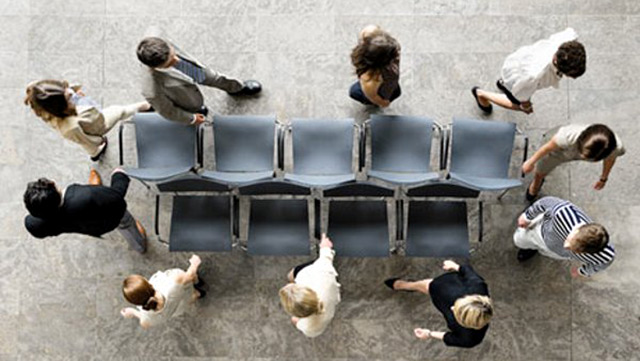 Hard as the movement of ministers is for some in the pews, however, it will also bring a Father Joy to the diocese to help spread the good news among the faithful.

Father Joy Abraham, a Carmelite priest being sent to Montreal by his community to establish a new mission here, will take up his duties at Holy Name of Jesus in Laval.

Bishop Thomas Dowd, who oversaw the clerical musical chairs and advised those affected in early summer, said the preference is always to avoid moving a priest from a parish.

"It makes it hard on both the parish and the priest," Dowd told VMO. "Essentially, we try not to make any moves (but) despite that desire a vacancy or need for a priest in a parish can arise. We fill the gap with a priest who is the best fit possible."

Background work is done before the moves are made and parish visits take place so a suitable match can be found between community and clergy. Consultations take place beginning months before the actual move, and priests know well ahead of time where they're going.

While that makes things smoother, it can't entirely soothe the sense of loss for priests and parishioners who've developed strong bonds of trust and community.

For Amy Al-Simaani, a 22-year-old Université de Montreal student who has been a dedicated parishioner at Holy Name for 13 years, word of Father Sabbath's move was difficult.

"I was heartbroken when he told me the news, and I could see that it was hard for him, too," Al-Simaani said. "He's known me since I was eight. He's been an amazing guide, counselor, friend and a constant pillar of support and hope."

For Andrew Thananayagam, who's had Father Sabbath as a priest since 2002, the first reaction was shock.

In addition to affecting personal ties, the moves create apprehension around novelty being introduced that might cause a sense of disruption or dislocation, he said.

Parishioners at St. Edmund's of Canterbury expressed similar concerns over the departure of Father David Kiyingi, who will be moving to Saint Luke's. Father Tom Delorme from Saint John Fisher will be the new pastor at Saint Edmund's.

It is, said Saint Edmund's parishioner Keith Wosnitza, all a little dizzying.

"The church runs a certain way every time we get a new priest so you have to learn each time how that certain priest wants things run. Building a relationship is always hard at first, especially when we're talking about confession."

Yet while Wosnitza said the parish will "definitely miss Father David," he acknowledged such change always turns out to be worthwhile, an opinion echoed by St. Edmund's attendee Eleanor Arless who said a regular turnover of priests keeps things alive.

Arless said there's an onus on the faithful not just to adapt but to be attuned to the special energies and style that new leadership brings.

"Everyone has gifts, and it's our job to receive them," she said.

Amy Al-Simaani at Holy Name of Jesus said that's true not just with regard to new arrivals but also to how difficult departures are regarded.

"I've noticed the same disappointment (she's feeling) in other parishioners. In a way, it's beautiful because it shows how much Father Peter is a true shepherd to us," she said.

Who's Who In Front of the Pews:

Between Kayaking and the Holy Sepulchre