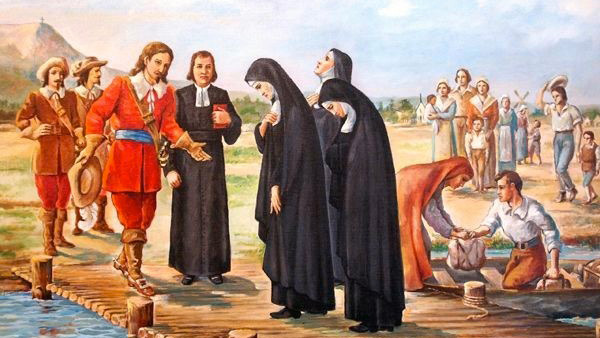 A thanksgiving Mass for in honour of the Venerable Jeanne Mance, one of Montreal’s co-founders, and founder of the Hôtel-Dieu, will be celebrated by Archbishop Christian Lépine on Sunday, September 6, 2015, at 11 a.m., at Notre-Dame Basilica.

On Friday, November 7, 2014, Pope Francis authorized the Congregation for the Causes of Saints to promulgate a decree on the heroic virtues of Jeanne Mance, so that she may be recognized as venerable, which is the first of three steps toward canonization.

Following the Vatican's recognition of Jeanne Mance's heroic virtues, the Archbishop of Montreal said, "Why such pride? Firstly, because Jeanne Mance was a woman of faith and charity who had built her life on God's solid foundation. Also, because Jeanne Mance was a woman who bravely served others, welcoming them with respect and compassion. We are proud of her, one of our founders, and it was with great pride that we learnt of this act of recognition signed by Pope Francis."

On this very special occasion, the Religious Hospitallers of Saint Joseph would like to invite you all to a Mass of thanksgiving!

Guide for 2015 Federal Election
Praying for the Care of Creation

Praying for the Care of Creation