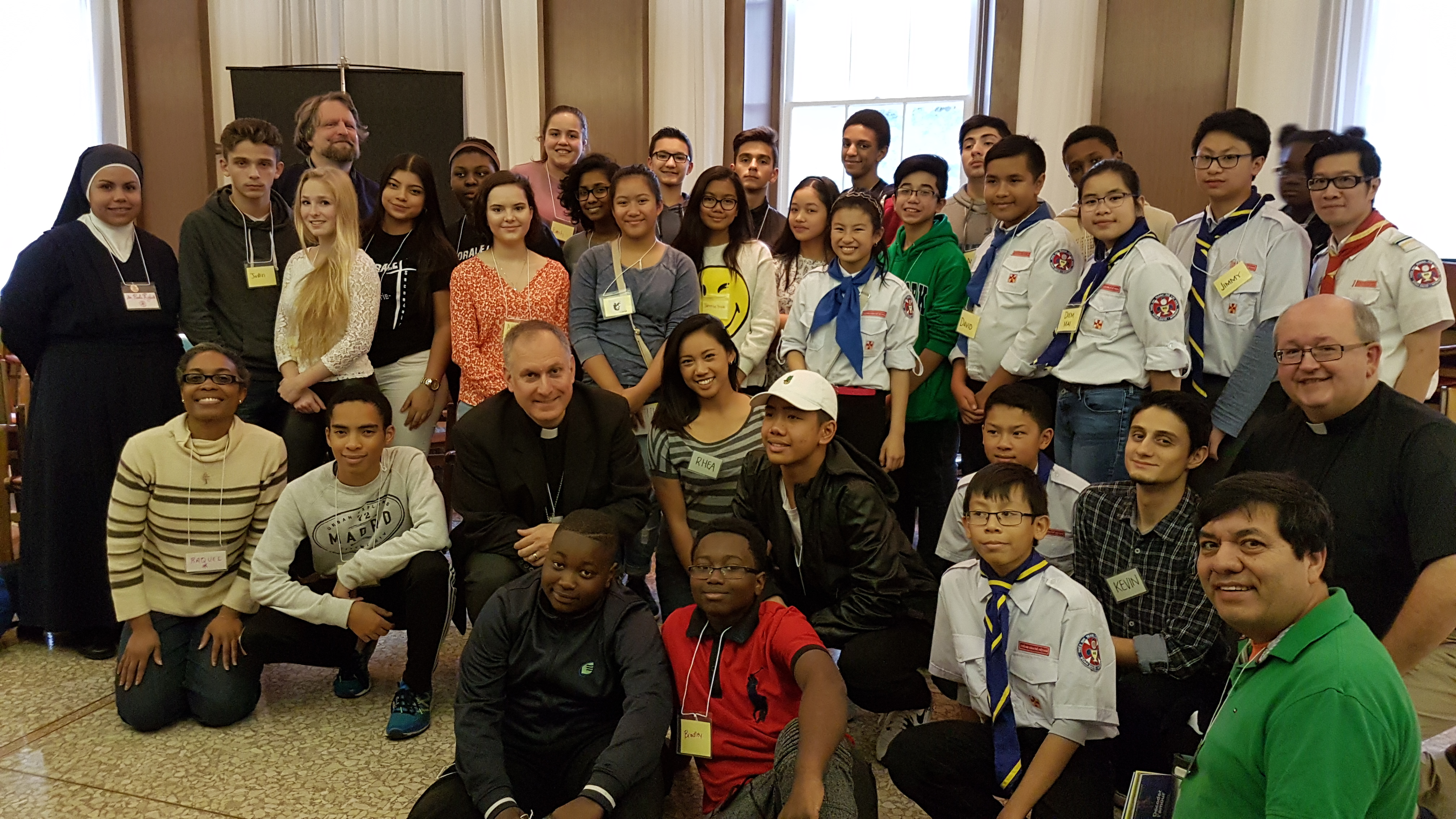 Many young people between the ages of 13 and 35 participated in the Forum Mission Jeunesse last Saturday at the Grand Seminary of Montreal. The purpose? To prepare for the October 2018 Synod of Bishops, called by Pope Francis.

Many young people between the ages of 13 and 35 participated in the Forum Mission Jeunesse last Saturday at the Grand Seminary of Montreal. The purpose? To prepare for the October 2018 Synod of Bishops, called by Pope Francis.


The Pope addressed the youth worldwide in a letter, and also in a video, which caused a sensation two weeks ago, to convince them that what they have to say is important for the world, and for the life of the Church.

"Young people don't believe that what they have to say is important," said Isabel Correa, Director of the Youth Ministry Office at the Archdiocese of Montreal. "They always say that they don't have anything to say. I tell them that they have plenty of things to say. And that's what the Pope also tells them. All we have to do as adults is be present and help them arrange their thoughts, formulate their ideas and express their needs."

What will the Synod change for the youth? "It's as though the Church has just put young people on the map! I was pleased when I learned that the Pope announced a Synod on the youth, because I feel that it is a continuation of the Synod on the family, which we just experienced. We will go into great depth for the youth, for their needs. Many adults don't feel that the Synod concerns them, because they tell themselves that it's for young people. I would like to tell them that they should get involved, or at least take an interest. The youth need to be accompanied by adults in every domain: spiritual, vocational, coaching, friendships, experience, work, etc."

The day of the Forum Mission Jeunesse was divided into three parts: the youth had to draw a portrait of a typical youth, describe the world of young people, and finally, list the needs of young people and formulate clear requests for the Church. The adults present, the diocesan Youth Ministry team I particular, but also the bishops, Most Reverend Christian Lépine, the Archbishop of Montreal, and Bishop Alain Faubert, were there as observers to welcome all this reflection.

Since March 2017, approximately forty meetings and events have been organized by the Montreal Youth Ministry to reach out to young people and get them to participate, which involved almost 800 young people from different backgrounds. Everyone is doing their part: priests, religious men and women, ethnic, ritual and cultural communities, Youth Ministry pastoral personnel, and volunteers, to prepare for the 2018 Synod.

A questionnaire is online for people age 18 to 29 here.

For more information on the 2018 Synod