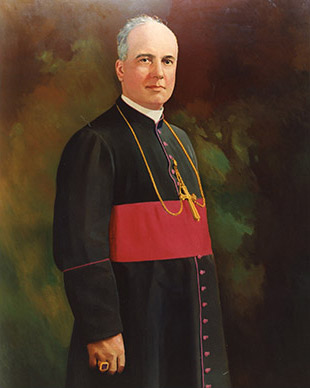 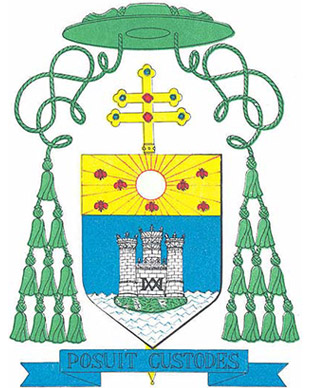 Fifth bishop and third archbishop of Montreal, Archbishop Gauthier’s tenure was very brief (one year). As Archbishop Bruchési’s coadjutor for 18 years, he knew the diocese well and proved to be a very wise shepherd with uncommon oratory talents.

He was interested in the education of young girls. From 1920 to 1923, as president of the University of Montreal, he established a Faculty of Literature, a Faculty of Science and the École des sciences sociales, économiques et politiques. Socially, he was one of the first proponents of Catholic trade unions. During his episcopate, he erected 37 parishes, welcomed 17 religious communities and canonically erected four.

Georges Gauthier was born in Montreal on October 9, 1871, to François-Xavier Gauthier and Marie Généreux. He was the last in a family of eight children; one of his brothers became a Sulpician priest. He studied at Collège de Montréal, the Seminary of Philosophy and the Major Seminary.

Ordained as a priest on September 29, 1894, he immediately left for Rome where he followed courses in canon law at the Apollinaris and the Roman College and obtained a Ph.D. in this subject.

A flood of responsibilities
1897: Return to Montreal, where he taught canon law at the Major Seminary.

1898: He was attached to the Cathedral Church and chaplain of Mont Sainte-Marie, then a prestigious institution of the Sisters of the Congregation of Notre Dame.

The cause of education
Education, both primary and higher, was one of Archbishop Gauthier’s major concerns.

The labour issue
Archbishop Gauthier was the founder of the École sociale populaire for the awakening of Christians and their training for social commitment.

Other initiatives
During his tenure as coadjutor, Archbishop Gauthier erected as many as 37 parishes.
He welcomed 17 religious communities into the diocese and canonically erected four: the abovementioned Institute of the Sisters of Notre Dame du Bon Conseil (1923), the Société des Missions-Étrangères (1925), the Oblates franciscaines de Saint-Joseph (1929) and the Filles réparatrices du Divin-Cœur (1929).