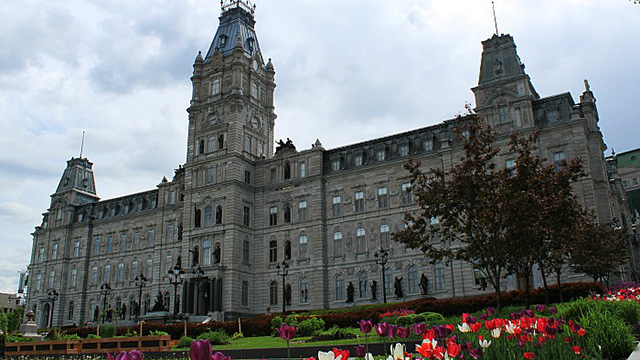 (Présence-info) The special consultations and public hearings on Bill 62 (state religious neutrality), which will be much talked about this fall begin this week.

After years of acrimonious debates on secularism and reasonable accommodation and unpassed bills, such as the Charter of Values, here are four words that make this new legislative attempt easier to understand.

The bill was tabled in June 2015. Its exact title - An Act to foster adherence to State religious neutrality and, in particular, to provide a framework for religious accommodation requests in certain bodies - already indicated the intended approach of the Liberal government under Philippe Couillard. The Minister then explained that Bill 62 "provides that personnel members of public bodies must demonstrate religious neutrality in the exercise of their functions, being careful to neither favour nor hinder a person because of the person's religious affiliation or non-affiliation."

Bill 62 contains eighteen clauses that take up seven pages and that are incorporated in six chapters. Chapter 2 concerns measures fostering adherence to State religious neutrality, while chapter 5 explains the amendments that this bill involves for childcare services.

It also indicates the conditions for accepting or refusing religious accommodation. Any accommodation request must be "consistent with the right for equality between women and men" and must "not compromise the principle of State religious neutrality."

The term secularism is not mentioned anywhere in the text of Bill 62. Instead, its drafters used the expression State religious neutrality.

The first words of this legislative document, which will be debated over the coming weeks, are as follows: "Given the State's religious neutrality, the purpose of this Act is to establish measures to foster adherence to such neutrality. For that purpose, the Act imposes a duty of religious neutrality, in particular, on personnel members of public bodies in the exercise of the functions of office."

The term religious symbols and the words cross, kippa, kirpan, and veil do not appear anywhere in this bill, nor do the terms clothing, garb, or dress. The only reference to the clothes worn by public officials or by people whose occupations are associated with the Quebec State is with regard to the obligation of receiving and providing services with face uncovered. This is an allusion to the burka and the niqab, items of clothing worn by a very small number of Muslim women in Quebec, and that cover their faces entirely.

Furthermore, there is little mention of symbols associated with religion or names of a religious nature in this bill. Clause 13, however, stipulates that the "measures introduced in this Act must not be interpreted as affecting the emblematic and toponymic elements of Québec's cultural heritage, in particular its religious cultural heritage, that testify to its history."

Therefore, there is no question of changing the names of municipalities or streets that bear the name of a saint of the Catholic Church. Nor is there question of removing the cross from the top of Mount Royal. And there is not a word about the crucifix at the National Assembly.

Up until November 9, a parliamentary committee will hear the briefs of individuals and organizations on Bill 62.

The Committee on Institutions, comprised of members from different parties of the National Assembly, will learn the thoughts of approximately thirty organizations, such as the Commission des droits de la personne et des droits de la jeunesse, the Association québécoise des centres de la petite enfance, the Congrès maghrébin du Québec, and the Fédération autonome de l'enseignement. Among the groups associated with Churches or religions that will present their briefs, are the Assembly of Quebec Catholic Bishops (Archbishop Lépine will speak on Thursday October 27, at 12:15 pm), the Canadian Interfaith Conversation, the Centre for Israel and Jewish Affairs, and the Association des musulmans et des arabes pour la laïcité au Québec.