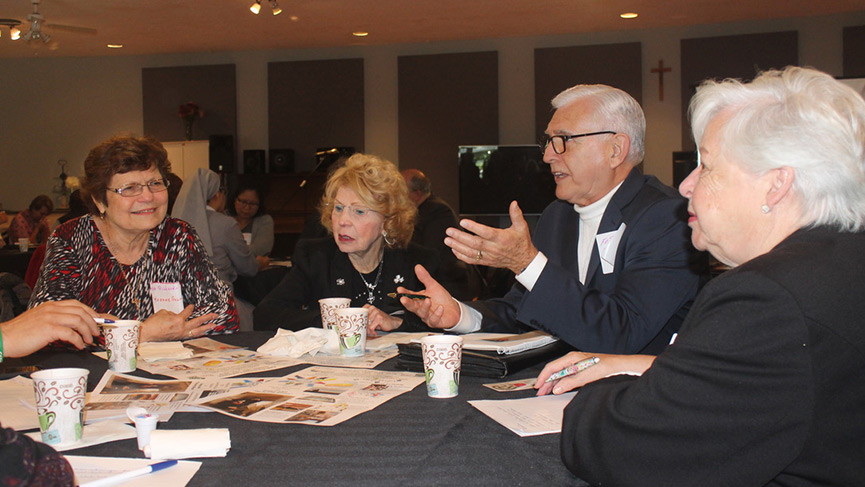 About 90 people turned out Oct. 8 for the first of three “listening sessions” organized by the Archdiocese of Montreal. The sessions continue the process of transforming the diocese from a maintenance to a missionary-driven church, an initiative launched in 2018.

The morning session focused generally on ways to be attentive to those around us, both in the pews and in the neighbourhood. The afternoon session was dedicated to one issue: listening to the participants’ reactions and concerns regarding sexual abuse. The format consisted of small-group parish discussions, with general reporting after each session. While many parishes did not feel personally implicated by the issue of sexual abuse, almost all reported feelings of shame, shock, anger, fear and sadness, identified by parishioners and priests alike.

Some reported that a climate of suspicion now exists that wasn’t evident before, especially regarding sacramental preparation. “Parents need to be reassured,” Prem Neeff of St. John Brébeuf Parish said. Many priests are at a loss in knowing how to acknowledge natural signs of affection, she added. In addition to providing parishes with tools to deal with the issue, priests also need support, “a safe place to discuss the issue and difficulties,” said Elsa Rivera, an intervention that generated spontaneous applause.

The necessity “to be alert; and if suspicious, to discuss and investigate” was underlined by Martina McLean, reporting for St. Malachy Parish. Almost all expressed appreciation for the Responsible Pastoral Ministry Policy, which is currently being implemented throughout the diocese, “but more needs to be done,” McLean emphasized.

Archbishop Christian Lépine said that “we all want to move ahead; one way is prevention.” Although some hope that prevention will be enough, “it is not enough,” he insisted, “we need to face the issue head on. We want to do it, not in a harsh way, but in a merciful, humble, gracious, trusting way.” Listening to what everyone has to say is a priority for the archbishop. “Sometimes, listening is simply bringing up the topic,” he said. “The fact that we initiate a conversation sets a tone, gives hope.”

Bishop Alain Faubert concluded the session with a promise to send the results of the diocesan-wide consultation back to the parishes around Christmas time with specific calls-to-action.

With Mother Mary, maintaining faith, love and peace
35th Anniversary Celebration of the Foundation of the Grand Seminary of Montreal