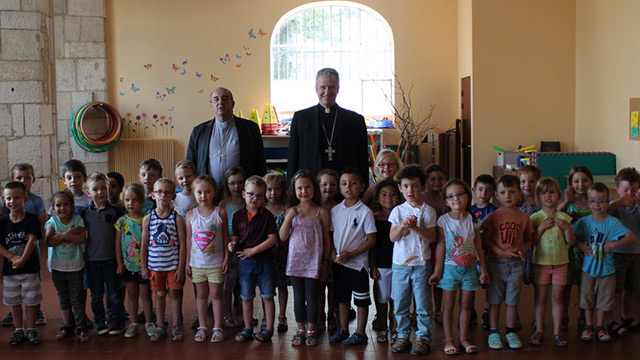 Archbishop Christian Lépine has just validated the pilot project of Responsible Pastoral Ministry and announces the beginning of its general implementation in the whole Archdiocese of Montreal.

Two years have passed since the 2016 publication of the decree in which I announced the implementation of the diocesan Responsible Pastoral Ministry policy in the Archdiocese of Montreal. This policy, of which its first phase was a "pilot phase" experimentation beginning in 2016-2017, has as its main objectives to ensure a healthy and safe environment in ecclesial circles and to prevent any situation that could cause harm to the vulnerable persons, who trustingly rely on the services of our Church.

I hereby validate this pilot project for Responsible Pastoral Ministry and announce the beginning of its general implementation in the whole Archdiocese of Montreal starting with the 2018-2019 pastoral year, beginning on September 1, 2018. For this purpose, I rely on the cooperation of all my brother parish priests and parish administrators to make the task easier for the diocesan coordinator of responsible pastoral ministry, as well as on the support of episcopal vicars and deans to raise awareness in the local communities.

In fact, the pilot phase had involved 50 parishes or so, as well as some diocesan organizations and services, which included in their operating practices some systematic methods for monitoring their staff-priests, members of a religious community or laypeople, employees or volunteer. In addition, a diocesan service has been established to support the efforts of parishes, charity and diocesan organizations for the implementation of recommended preventive measures, for awareness-raising activities and administrative follow-up, including contacts with police services.

These diocesan orientations have generally been well received by the concerned ministry leaders and by those who benefit from pastoral activities. The different implementation experiences in parishes and in the spiritual accompaniment service for the sick and the elderly (Pastoral Home Care) gives tangible witness to the success of this pilot project, which comes to an end after demonstrating its feasibility and adaptation in the ecclesial setting.

I want to thank all the involved priests of the different parishes, the directors of diocesan organizations, and their pastoral teams, which, through their own initiatives and especially their perseverance, contributed to the successful implementation of diocesan standards for responsible pastoral ministry.
†Christian Lépine
Archbishop of Montreal
Read the message in PDF
Upcoming diaconal ordinations
State Funeral for Paul Guérin-Lajoie