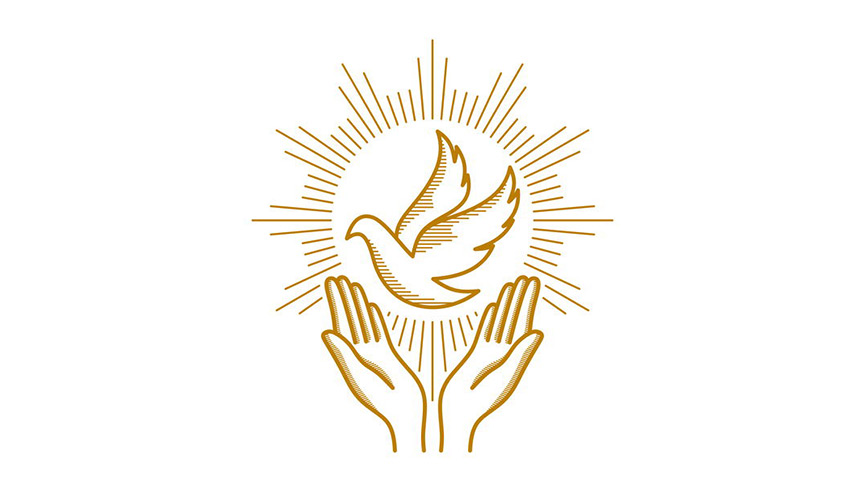 The meeting of Montreal diocese confirmands, organized by the Office of Faith Education, was held at the end of March by Zoom – allowing all these young adults journeying in their faith to meet with each other and the Archbishop. Even in virtual mode, the Holy Spirit was present as always!

The French- and English-speaking parishes were delighted to introduce their groups of catechumens and/or confirmands. Normally, this is a time for each individual to meet the Archbishop personally in an informal setting.

"How awesome, how beautiful!"

Archbishop Lépine spoke to the young people about one of the gifts of the Holy Spirit which he described as "complex" – i.e., the fear of God. "In modern language, we speak of filial affection, whereas in the Old Testament, the word 'fear' is used," he explained. He stressed how important it is to understand the essence of the ‘mysterious word,’ one translation for which links it with ‘the sense of the greatness of God.’ "The word fear,’’ he continued, ‘‘is related to a word that means ‘to tremble.’ We can tremble with fear during a storm as we seek shelter, but we can also tremble with emotion before the greatness of God, somewhat like when we look at a beautiful mountain landscape or when we contemplate the stars at night. How awesome it is, how beautiful!"

"When we ask for the gift of fear from the Holy Spirit, we are asking for the sense of the greatness of God. Everything else flows from that... for then we want to pray to Him (the gift of piety), and because we are praying, He will enlighten us with the gift of knowledge, of intelligence, of counsel, enlightening us about the meaning of our life, of the word of God, the meaning of the world. And thus we grow in strength," the Archbishop said.

Deep conversations, even though separated through virtual communication

In an interview she gave after the meeting, pastoral animator Dominique brought up the challenges raised by the Zoom meetings held throughout the year along the path towards Confirmation. However, she said, she was "pleasantly surprised" by the quality of the exchanges she had had in her group. She had wondered whether the virtual connection might interfere with the usual warmth and sense of fraternity, but "curiously, the quality of the exchanges that we had really surprised me!"

"Normally, people have so many other things to do, but in the context of the pandemic, I noticed that they were more available," she says. The virtual aspect may prevent direct communication, but she discovered that it also allows some less extroverted participants to express themselves more freely.

The highlight of the March 23rd meeting was in fact the discussion period in smaller groups where each person was called upon to bear witness to "the work of God in his or her own life." According to Dominique, "This was a particularly meaningful part of the meeting." Then, when the young people came back to the general meeting, the Archbishop answered questions from them.

One participant asked him to say a "word of encouragement for young people who may sometimes feel alone and are not used to talking about their faith." Archbishop Lépine recommended "opening the Bible for one minute each day to nourish our sense of God's presence." He also stressed the importance of becoming involved in a group that meets to pray or share, "because it is difficult to find yourself after Confirmation without a support circle.’‘ Indeed, it is important to have others around you, to be involved in activities and to develop connections with others who share your faith, he explained, inviting the young people to fortify themselves with prayer, so that it becomes more and more a part of their lives, especially in this time of pandemic "which bolsters our strengths and heightens our challenges."

Alluding to the Gospel story when Jesus calmed the storm, the Archbishop encouraged us to nurture those things that help us to dwell in the fruits of the Spirit: "peace and serenity!"

The evening ended with a final blessing conferred on the confirmands and those accompanying them by Archbishop Lépine, who prayed that they should receive the grace "of letting themselves be always drawn to God."

Renewal of the mandate for the National Director of the Pontifical Mission in French Canada
Pope: St Teresa of Ávila shows importance of women in Church and society

Pope: St Teresa of Ávila shows importance of women in Church and society