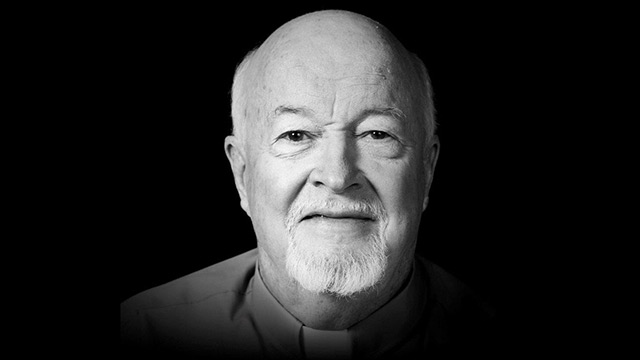 Located north of Papineau metro, Place Emmett-Johns was inaugurated Oct. 30, as a tribute to “Pops,” founder of Dans la rue, an organization that responds to the needs of homeless youth and youth at risk.

Many collaborators, “children of Pops,” responders and community stakeholders shared a meal with City Councillors Sophie Mauzerolle, District Sainte-Marie, and Robert Beaudry, District Saint-Jacques, to pay tribute to the one who launched his distinctive roving van Dans la rue and dedicated most of his life to helping young people in trouble.

A Toponym for the Father of Street Youths

“Pops” was an example of generosity, a great Montrealer,” Sophie Mauzerolle stated. “This toponymic gesture will help keep his memory alive and showcase a public space by introducing users to a man who marked the history of the district, as well as Montreal’s community life.”

Dans la rue Director Cécile Arbaud was delighted by this Montreal municipal council’s decision announced Wednesday morning. “Pops founded Dans la rue with a lot of love and hope for young people, while never judging them. He knew how to talk about them and defend their rights. It is with vision and determination that Pops developed, over the span of 30 years, a solid organization capable of helping tens of thousands of young people to live a more autonomous and rewarding life, with respect, empathy and dedication.”

A Meal and a Souvenir Painting

To highlight the event and respond to one of the main needs Father Emmett-Johns wished to fill, a meal was offered by the Borough to the young people and responders gathered around a big symbolic table. Everyone was invited to share their feelings about Pops by writing comments on a large painting, which will later be displayed on the premises of the organization.

City Councillor Robert Beaudry, District of Saint-Jacques, chose to highlight the commitment made by Ville-Marie. “Our administration is resolutely in favour of social inclusion and takes a keen interest in working in collaboration with the health-care system and local organizations to offer services tailored to the needs of individuals experiencing homelessness,” Beaudry, who has been involved for the last 15 years in the social development of downtown Montreal, said. “Dedicating one of our places to Pops reminds us symbolically of that commitment.”

The Borough, in collaboration with its community and institutional stakeholders, multiply the efforts to promote social cohesion, support individuals experiencing homelessness—especially young people—and help take them off the streets.

A $450,000 investment contribution was made to ensure the presence of social responders in the public place. It supports the upcoming opening of a new drop-in centre near Cabot Square (the Resilience Project), various social enrollment or bridge-to-work projects, as well as hospitality and referral services for people at risk of social exclusion.

Founded in 1968 by Father Emmett Johns (“Pops,” 1928–2018), Dans la rue assists homeless or in precarious housing situation young people by offering them shelter and food. It is with devotion, empathy and respect, and the support of the community, that the organization attends to their immediate needs, and works with them so that they can acquire the skills and necessary resources to live a more autonomous and rewarding life. Today, Dans la rue helps about a thousand young people annually.

Our Lady of Guadalupe Circle Releases Message of Support on Indigenous Languages
Are the poor suffering a loss of all hope ?