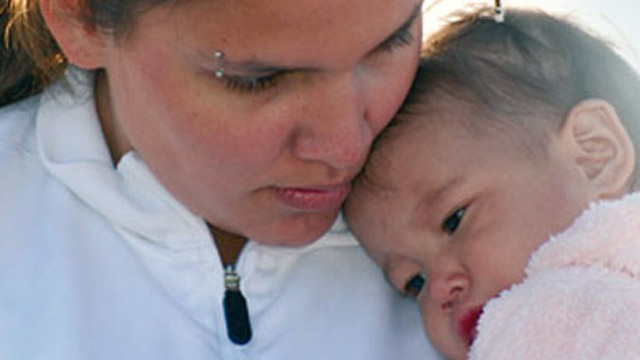 The Truth and Reconciliation Commission (TRC) concluded last week (May 31 to June 3). Ninety-four recommendations were at the centre of the events held during these four days of ceremony that marked Canada's turning the page on this part of its history.

One of the recommendations attracts a lot of attention because of its spectacular nature: the three commissioners made a straightforward demand of Pope Francis to issue an official apology to the survivors of the Indian residential schools, in the name of the Roman Catholic religion.

"We call upon the Pope to issue an apology to Survivors, their families, and communities for the Roman Catholic Church's role in the spiritual, cultural, emotional, physical, and sexual abuse of First Nations, Inuit, and Métis children in Catholic-run residential schools" (Recommendation No. 58).

"It is a very specific demand, addressed to a very specific person," said Brian McDonough, Director of the Social Action Office for the Archdiocese of Montreal. "Interestingly enough, the TRC referred to a declaration that was made by the former pope (Benedict XVI) on the subject of residential schools in Ireland."

Instead of being offended by it or feeling despondent, M. McDonough sees in it a challenge that the Church must face. And this is not the first such demand made on Christian Churches, which were historically involved in the Indian residential schools that 150,000 young aboriginals had been forced to attend from 1870 to 1996. "What concerns the Churches, is the desire that they take a position, that they go further than they have up to now," he said.

In number 48 of the proposal document, Calls to Action, faith groups in Canada are requested to "commit to defending the Aboriginal peoples' right to self-determination in spiritual matters, including the right to practice, develop, and teach their own spiritual and religious traditions, customs, and ceremonies, in accordance with Article 12 of the United Nations Declaration on the Rights of Indigenous Peoples," explained Brian McDonough.

"Number 49 also has an element that I consider of great importance," Brian McDonough pointed out. "Religious denominations are requested to repudiate concepts used in the past to justify European sovereignty over land and Aboriginal peoples. The Doctrine of Discovery was given as an example. The papacy of the 15th and 16th centuries used it in a way to allow the European Catholic monarchies to divide the Americas and Africa among themselves."

In 1493, Pope Alexander VI divided up the land that the Spanish and Portuguese wanted to take by promulgating the bull Inter caetera. By this same bull, they were obligated to evangelize indigenous populations.

McDonough explained, "The TRC would like for the Churches to denounce the impact of this doctrine." He said, "Clearly, the particular context of the time must be taken into account. Nevertheless, the damage caused by these doctrines to the indigenous peoples was horrendous, and not only in the Americas, but all over the world."

"A very strong demand is being made of the Churches," Brian McDonough explained again. "And, let's just say that the commissioners are not going easy on us. They are very, very direct."

The Catholic Church can also play a role in "mitigating conflicts and preventing spiritual violence." To this end, religious communities, certain bishops and even certain religious authorities in Canada signed a declaration that "reaffirms the importance of respecting aboriginal spirituality."

And the spiritual impact is not just a question of prayers or religious ceremonies.

"The document discusses at great length the impact of what is referred to as spiritual violence, people having been taken from their families and their communities, but also from their places of belonging and spiritual traditions," explained Brian McDonough.

"The impact was felt not only by the residential school children themselves, but also by their descendants. That, to me, is very powerful, the reaffirmation of the importance of the spiritual dimension and how institutions, always with the best of intentions, can inflict violence on the level of spiritual identity. And we have much work to do [as Church]," he said.

In any case, the Catholic Church is already starting to do its part. The Returning to Spirit initiative, already present in Western Canada, is now in the works in Quebec.

He said, "And now, more than words and requests for forgiveness, action is required. It is important that the Churches use their moral authority to call on the government to not only talk about the proposals listed in the report, but to fulfill them as well."

Our report on the subject
Calls to Action, the TRC's final report
The Canadian Bishops and the indigenous peoples

400th Anniversary of the Arrival of the Franciscans
Youth Gathering: A Success