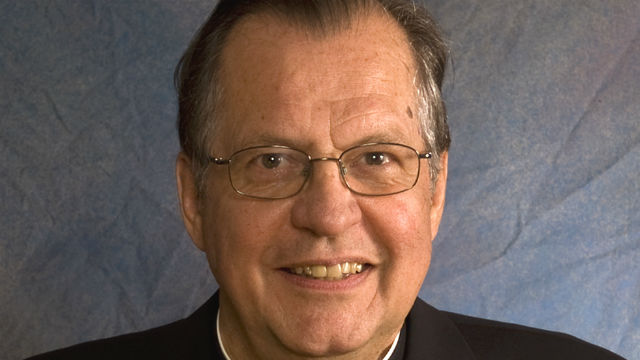 It is with great sadness that the Archdiocese of Rimouski announced that the Most Reverend Pierre-André Fournier, Archbishop of Rimouski and President of the Assembly of Catholic Bishops of Quebec, passed away Saturday January 10, 2015.

Most Reverend Pierre-André Fournier passed away at 12:30 p.m., Saturday January 10, 2015, at the Rimouski Regional Hospital. He was 71 years and 7 months old.

The funeral of the Most Reverend Pierre-André Fournier, Archbishop of Rimouski and President of the Assembly of Catholic Bishops of Quebec, will take place on Sunday, January 18, 2015, at 2:30 pm, in the Church of Saint-Robert Bellarmin, Rimouski. His Eminence Gérald Cyprien Cardinal Lacroix, Archbishop of Québec and Primate of the Church in Canada, will preside. The celebration will be broadcast live on Internet by the television service of the Archdiocese of Québec at www.ecdq.tv.

Born in Plessisville, Quebec, in 1943, Archbishop Fournier was ordained priest on June 10, 1967. In 2005, Saint John Paul II appointed him Auxiliary Bishop of the Archdiocese of Québec. He was appointed Archbishop of Rimouski in July 2008 by Pope Benedict XVI.

May he rest in peace!

Haïti : Looking Back on Five Years of Action
24 hours for Consecrated Life