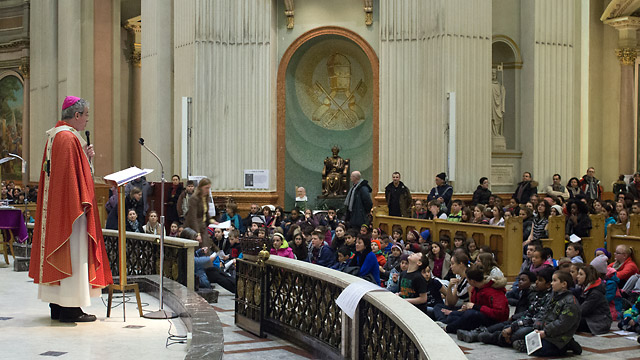 (Radio-Vatican) What does it take to give a good homily? According to a new book entitled “Homiletic Directory”, the ingredients include, being well prepared, no improvisation, a helping of reflection and a text that isn’t boring.

The instruction guide for priests, deacons and bishops, contained in one volume, was presented at the Vatican Press Office on Tuesday morning  by the Congregation for the Divine Worship and the Discipline of the Sacraments.

The volume comes as part of the response that Pope Benedict XVI made following the Synod on the Word of God.

Pope Francis' words on the Homily in the Apostolic Exhortation Evangelii Gaudium has also brought the document to the forefront.

Speaking to Lydia O'Kane after the conference, Archbishop Arthur Roche said that the preaching of the homily can be way of bringing the Word of God more alive in the hearts and minds of the faithful.

The Archbishop also said that "a priest or a preacher really needs to know the people to whom he is preaching."

On the subject of what the faithful expect from a homily, Archbishop Roche, quipped that the they are usually good at making their feelings known.

The "Homiletic Directory" is available both in English and Italian.