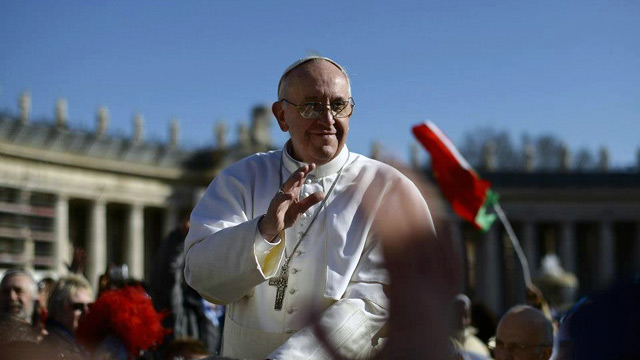 (RCAV) Pope Francis has declared that on Sunday, September 28, the whole Church is to pray for the 3rd Extraordinary General Assembly of the Synod of Bishops, which begins on Sunday, October 5, 2014.

Particular churches, parish communities, institutes of consecrated life, associations and movements are invited to pray for this intention during Mass and at other liturgical celebrations, in the days leading to the synod and during the synod itself.

In Rome, in the Basilica of Saint Mary Major, prayers will be recited each day in the chapel of the icon, Salus Populi Romani. The faithful, individually but above all in families, are invited to join in these prayers.

The suggested prayers include the Prayer to the Holy Family for the Synod, composed by Pope Francis, and the proposed intentions during the Prayers of the Faithful which can be adapted at Sunday Mass on 28 September and during the synod.

News About Cardinal Turcotte
Conclusion of the CCCB 2014 Plenary Assembly

Conclusion of the CCCB 2014 Plenary Assembly