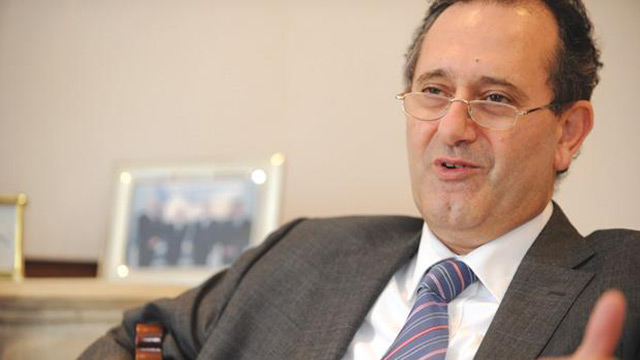 (VMO) New accounting practices at the Vatican under the supervision of an independent Auditor General will make fraud and financial mismanagement a thing of the past according to Maltese banker and economist, Joseph F.X. Zahra, deputy coordinator of the recently created Council For the Economy.

Zahra is one of seven lay professionals named by the Pope to advise the eight cardinals in charge of the council established to overhaul the Vatican's financial practices at the Institute for Religious Work, more commonly referred to as the Vatican Bank.

The Vatican actually has two accounts, Vatican City which reported a $68-million surplus last year, and the Holy See, which is $25-million in the red. Both are now being managed much more efficientlyand effectively than before, Zahra told VMO in an interview during a visit to Montreal last week.

During his visit to Canada, which has been sponsored by the Centisimus Annus Pro Pontifice Foundation (CAPP), Zahra met with Quebec bishops in Trois Rivieres, attended a reception in Montreal sponsored by Power Corporation, and delivered a public lecture at Loyola High School.

Zahra conceded that both the Holy See and the Vatican City State had been using obsolete accounting practices that no one understood because they did not conform to international banking procedures. "We now live in an open world, and people are questioning what's going on and what's happening in the Vatican," he said. "You need a language that's understood not only inside the walls, but also outside them. We are talking about managing two separate accounts, here. But under new accounting practices, under the new structure now in place,you can no longer just say because we have a deficit here we will just move money from one account to another to balance the books." Zahra went on to say, "There could be an arrangement where the City supports an initiative of the Holy See, but it has to be done in an orderly fashion. What was considered acceptable 25 or 30 years ago is now no longer acceptable because of the correct application of international standards governing issues such as tax evasion, anti-money laundering and anti-fraud standards. We now have a common language that can be understood universally, and not only by people who are experts in Vatican accounting procedures."

Zahra acknowledged he felt betrayed and saddened by two new sensational books, Merchants in the Temple and Avarice, which chronicle high spending and financial abuses at the Vatican. While the books are embarrassing, he said, they are also instructive. "There are, as in all things, a positive and a negative. There is a negative because these books are based on stolen documents." (In fact, shortly after both were published earlier this month two high ranking officials whom Zahra worked with, Msgr. Lucio Balda, secretary of the Holy See's Prefecture for Economic Affairs and Francesca Chaouqui a former member of the Pontifical Commission assigned to re-organize the Vatican's administrative structure, were arrested for leaking the documents.)

"There is a positive, however, because both these books re-inforce the Pope's determination to prove that the period they cover is now over, and that his reforms are aimed at removing any of the signs of dishonesty that could have happened, and did happen in the past. What these books have done is give the Pope an opportunity to repeat that message over and over again."

Zahra also maintains that the Pope's approach to the economy and to the free market have often been misinterpreted by the North American media. "We cannot label the Pope either a socialist or a capitalist," he said. "Pope Francis is concerned with society in general. He supports a free market economy, but he is not a person who looks at it from an exclusive point of view, but from an inclusive point of view. The church has an outreach to people who manage and grow businesses but at the same time it also has a big heart for those who cannot make it on their own, to those who cannot participate fully in society."

Zahra noted that the reason that this Pontiff stresses that we need to give priority to the poor and the marginalized is because they are so easily overlooked. "The free market economy has many positive aspects, but it is also risky and can be abused. Poverty is the result of greed and the human abuse of the economy. Pope Francis challenges us to reform the economic system so the human person is involved. It is not just a question of giving handouts but of empowering people by means of education and by improving their quality of life."

A New Director at the Archdiocese!
The Dominican Family Celebrate 800 Years