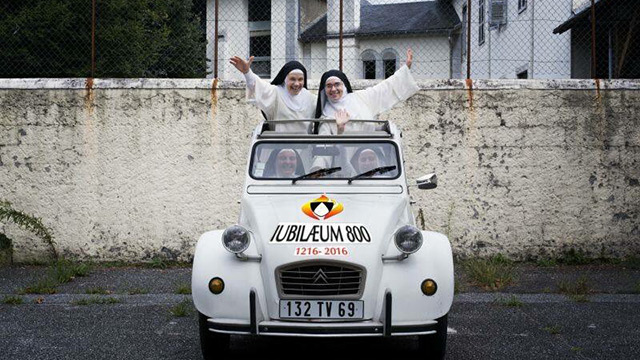 The Dominicans of the world, and associated laypeople, are celebrating the 800th anniversary of their foundation (1216-2016) by Saint Dominic de Guzman.

Pope Francis thanked the order for its service to the Church by saying: "May the Lord bless you abundantly on this occasion. Thank you sincerely for all that you do in and for the Church."

The Jubilee was solemnly opened by Father Bruno Cadoré, Master of the Order, who took this opportunity to encourage the Dominicans to "draw inspiration from the bold initiatives" that led their predecessors to "hold dialogues with different cultures," to "found universities," to reach "the forgotten of the world," to promote "the exchange between theology and science, and to strive for peace and justice."

In Montreal, Msgr. Michel Parent, Vicar General, took part in the annual celebration in honour of Saint Albert the Great, a Dominican friar, philosopher, theologian, and teacher of the great Thomas Aquinas. The solemn celebration of Vespers followed by a period of exchange allowed Msgr. Parent to thank the Dominicans and those who work with them for their invaluable contribution to the Archdiocese of Montreal.

Dominicans preach the Word of God in every possible way including liturgical preaching, parish missions, retreat preaching, occasional lectures, addresses at religious conferences, street preaching, teaching, writing (especially books), through art (especially film, television, and theatre), and by exploiting the advantages offered by the Internet and other advances of the digital age, without ever sacrificing the indispensable role of personal presence by which communication becomes true communion. Dominican Blessed Humbert of Romans sums up all of this in his famous 13th century Treatise on Preaching: "How necessary is the office of preaching without which the human heart would not rise to the hope of heaven."

The Jubilee Year properly speaking will be celebrated between November 7, 2015 (Feast of All Saints of the Order) and January 21, 2017 (the date of the Bull Gratiarum omnium largitori of Pope Honorius III).