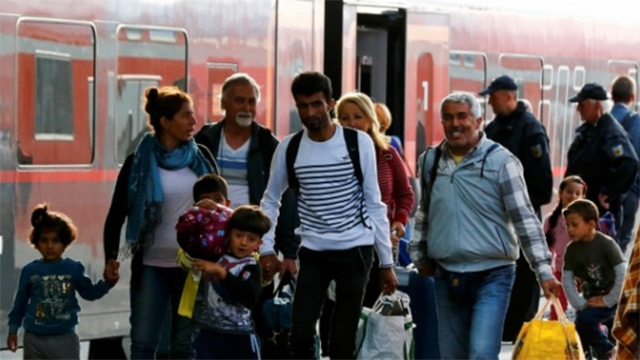 As we speak, the Archdiocese of Montreal is currently preparing to sponsor 43 Syrian families as part of Canada’s commitment to help resettle thousands of refugees caught in the deadly civil war, says Alessandra Santopadre.

"Ever since we saw the photo of the young Syrian boy [who drowned] off the shores of Turkey, the response has been overwhelming," Santopadre recalls, transitioning from several calls a week to as many as 30 in one day. The assistant to the director of the Office for Cultural and Ritual Communities is co-ordinating the diocesan response and handling the wave of inquiries.

The increase of local involvement was also propelled by the release of Pope Francis' Sept. 6 appeal to parishes worldwide and of Montreal's Archbishop Christian Lépine's Sept. 16 message, expressing deep concern and issuing a call to action:

"The Catholic Church of Montreal, like other church and civil groups, is deeply concerned about the abominable living conditions that tens of thousands of refugees are being subjected to in the Middle East. Two courses of action have become apparent: to help as many people as possible in the Middle East, preventing their uprooting, and to welcome refugees."

The Archbishop notes that the Archdiocese is already a signatory to a general framework agreement with the Government of Quebec designed to facilitate refugee sponsorship. That will accelerate the process for parishes, he underlines.

To date, Santopadre has been contacted by 30 parishes; 11 have launched sponsorship initiatives to help 13 families. The parishes include five francophone, four anglophone and two Italian. Individuals are sponsoring another 30 families.

Some have formed a partnership with a neighbouring parish, such as St. John Brébeuf in LaSalle with St. John Bosco Parish in Ville-Émard.

"Our experience with the procedure basically gives you the context that there are steps to be taken, and it takes time. The boards of wardens have to okay everything," particularly since the parishes assume the financial responsibility for one year, notes de Souza, a Pastoral Team member. The cost per adult runs at $7,000 to cover the first year upon arrival, and about $1,100 each for minors, explains Santopadre. The fiscal commitment does not require any money upfront, as long as it has been pledged.

The two parishes then redirected their efforts to help Syrian refugees and are preparing to welcome a family of seven once the paperwork has cleared all channels, reports de Souza.

"This project has strengthened relations between the two faith communities and started new initiatives," she says. In anticipation of the 2016 World Day of Migrants and Refugees in mid-January, the Diocesan Office for Social Justice held a meeting at St. John Brébeuf, Dec. 1, featuring Santopadre, who provided an update on the diocesan sponsorship program.

Opening of the Jubilee of Mercy in Montreal