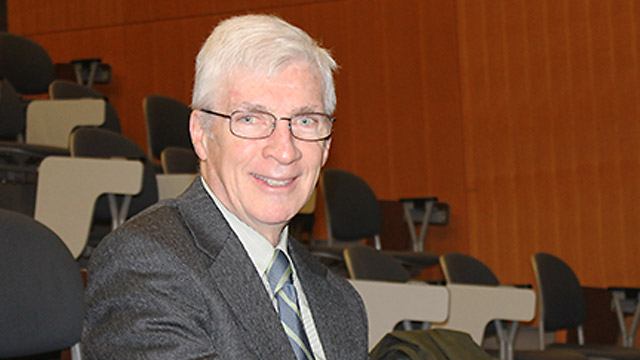 Confusion and illusion are hindering the New Evangelization from moving into high gear among Roman Catholics, Detroit-based evangelist Ralph Martin told a small but appreciative audience in Montreal on February 13.

During his morning lecture at Concordia University, the president of Renewal Ministries identified precisely what is new in the New Evangelization. First, it is directed primarily to non-practicing Christians. Second, every baptized person is called to participate actively in the effort. Third, it is being undertaken in a new social context, namely, a post-Christian culture. Fourth, it requires new "ardor, methods and expression."

But there's a hitch, said Martin, a consultor to the Pontifical Council for Promoting New Evangelization. Although the impetus for a New Evangelization can be traced to the Second Vatican Council, Catholics generally have been reluctant to take up the call, he noted. Even though successive popes have issued teachings and launched initiatives to fan the flames of the New Evangelization as well as to "address the confusion" reverberating from the reform-driven council, "it's remarkable how little response it has generated," he said.

The well-known Catholic Charismatic leader attributed the lack of evangelical fervor to the popularly held view that almost everyone is "going to heaven," a concept known theologically as universalism. That view lulls many Catholics into a casual attitude toward their faith and moral standing, Martin explained. As a result, most Catholics are very hesitant to talk about their faith and Gospel morals with their neighbors and co-workers; consequently, the New Evangelization is stalled.

The common Catholic perception is: "Broad and wide is the way to heaven, and everyone's going that way; narrow is the road to hell, and few people are going that way," Martin told his morning audience. That view is a "huge deception," he stated, and it sows confusion by downplaying the urgency for a New Evangelization.

Martin draws upon Scripture to provide the counterpoint. Jesus exhorts everyone to "enter by the narrow gate," he said. That requires ongoing Christian conversion and "a personal relationship with Jesus Christ," he underlined.

Martin's two lectures were jointly sponsored by the Concordia Department of Theological Studies, the Archdiocese of Montreal and Christian Direction.

Diocesan support for the February symposium on evangelism is one of several initiatives undertaken to promote the New Evangelization in Montreal.

Last month, Archbishop Christian Lépine named Msgr. Roger Dufresne the episcopal vicar for the 18 deaneries and for evangelization within the francophone sector.

As director of the Office for English Pastoral Affairs, the bishop also expanded the mandate of OEPS communications co-ordinator Eric Durocher to include apologetics and evangelization.

Solidarity with the Middle East Christian community
A Reflection on Corruption

A Reflection on Corruption