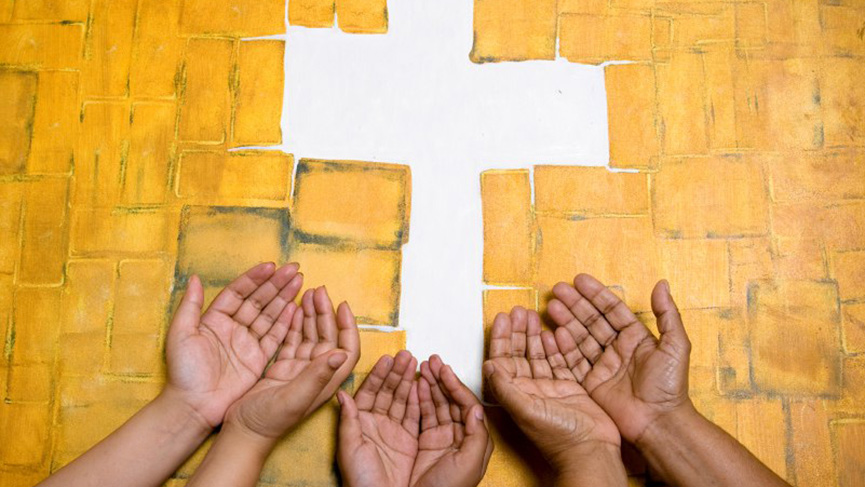 Christians all over the world are invited to celebrate a Week of prayer for unity among all Christians, January 18-25, to reflect about Sacred Scripture together, to take part in ecumenical liturgical services organized together and to build ties of friendship.

Colleagues in Indonesia have prepared the international resources for the Week of Prayer for Christian Unity 2019. The theme for 2019 -You shall seek justice, and only justice (Dt. 16, 18-20)- calls us to move from common prayer to common action.

Drawing on the traditional values of Bhineka Tunggal Ika (Unity in diversity) and gotong royong (living in solidarity and collaboration), Indonesian Christians invite us to give witness together, as well at to be agents of the grace of Christ, who heals in a broken world, by taking on specific projects for justice, equality and unity.

The Week of Prayer for Christian Unity was celebrated for the first time in 1908 as an observance of the Roman Catholic Church, by Fr. Paul Wattson, founder of the Franciscan Friars of the Atonement in Graymoor in the state of New York. Since the foundation of the Ecumenical Council of Churches in 1948, many other Christian denominations throughout the world have come to celebrate the Week of Prayer for Christian Unity.

In Canada, the Canadian Council of Churches with its ecumenical partners, the Canadian Center for Ecumenism and the Prairie Center for Ecumenism, work toward “unity in diversity” by supporting celebrations for the Week of Prayer for Christian Unity throughout Canada. For more than 40 years, our Canadian ecumenical editorial team has taken documents for the Week of Prayer that were prepared by the Ecumenical Council of Churches and the Pontifical Council for the Promotion of Christian Unity, and adapted them for the Canadian context.

In Montreal, a celebration has been planned for Sunday, January 20, at 3 p.m., at the Church of St. Andrew and St. Paul (3415, Redpath St.). This ecumenical celebration has been organized by representatives from the Canadian Center for Ecumenism as well as the Anglican, Armenian, Catholic, Orthodox, Presbyterian and United Churches, and the Imani Family & Full Gospel Baptist Church and the Focolari Movement.

You shall appoint for yourself judges and officers in all your towns which the Lord your God is giving you, according to your tribes, and they shall judge the people with righteous judgment. You shall not distort justice; you shall not be partial, and you shall not take a bribe, for a bribe blinds the eyes of the wise and perverts the words of the righteous. Justice, and only justice, you shall pursue, that you may live and possess the land which the LORD your God is giving you. (Dt. 16, 18-20) 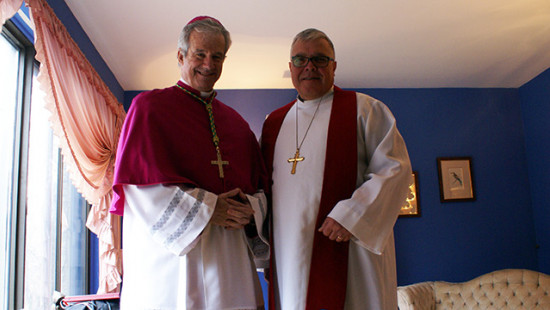 Lutherans and Catholics united in prayer 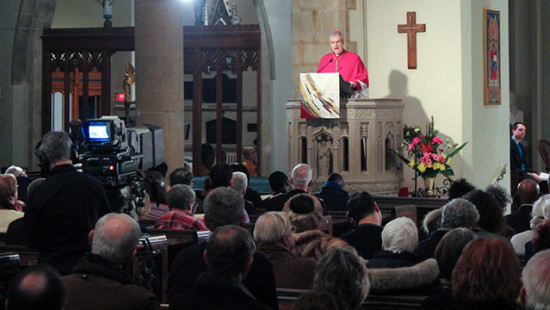 Saint Brother André, the humble doorkeeper
A king’s feast for the homeless

A king’s feast for the homeless