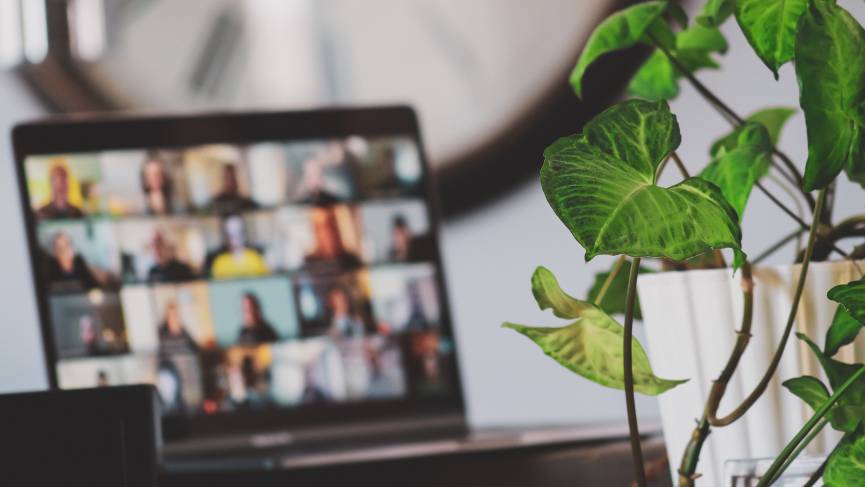 At the beginning of May, the catechumens and adult initiates, together with Archbishop Christian Lépine, gathered for a meeting of a mystagogical nature, i.e. following the catechumenate (the time of "becoming Christian"). The purpose of this meeting, which was organized by the Office for Faith Education, was to support adults on their way to baptism or newly baptized adults in the early stages of their Christian life and to accompany them into the heart of the mysteries of the faith.

During the evening, the adult neophytes or catechumens were introduced to the Archbishop and to each other: "Previously, they shook hands with the Archbishop, but they didn't have the opportunity to see each other. This is one of the beautiful gifts of Zoom," said one of those in charge. "It is good to meet people who have just joined the family. It's even moving!" added another.

The core of the meeting consisted of a brief conversation time during which Archbishop Lépine asked what meaning the phrase "becoming Christian" had taken on during this year marked by the ordeal of this pandemic and whether that desire had already begun to transform them here and now. The Archbishop stressed the importance of "getting along with each other" to witness to each other's faith journey.

What better way to welcome them into the community than to be inspired by listening to each other’s testimonies and learning how the others had experienced "becoming a Christian" during this rather extraordinary year. Here are some of the results of the time spent in small groups, as reported during the plenary session:

"When you are a Christian, you have peace, stability and confidence. Because in these troubled times it is good to feel the presence of God and this presence materializes in peace and confidence."

"We were already transformed and it's an ongoing process!’’

"Becoming a Christian has enabled us to persevere in our approach, to question ourselves, to turn to God, to ask ourselves where we are going, to attach ourselves to God, to experience his Presence, to accept his will;  and sometimes it is as if we were in the desert, but we must believe that God is there with us. We have to believe in the power of prayer, which is first of all a prayer giving glory to God, but also a prayer for others.’’

"It is up to us to answer God's call and to cling to his Word, because the Word of God holds the power of transformation, of conversion within us, and this is becoming Christians.’’

"One person [in the group] felt her life had been completely transformed. She discovered that she was a new person in this Christian life.’’

"There is a sense of becoming richer through meeting the other members of the community. There is a real hope in the power of the Church, and during this pandemic we have discovered more and more how much we need each other.’’

"No matter the pain or suffering, I know now that I can turn it all over to God.’’

"It has been a journey in the discovery of faith, of a welcoming Christian community, and above all of compassion and empathy for others.’’

"I am clearer in my thoughts, and I seek to imitate Jesus and act like Jesus in my everyday life.’’

These fioretti are incredible testimonials of God acting in the lives and hearts of these new members of the great family of the Church. Glory to God for all the wonders He accomplishes in each life.

Synod of Bishops will begin in the local Churches