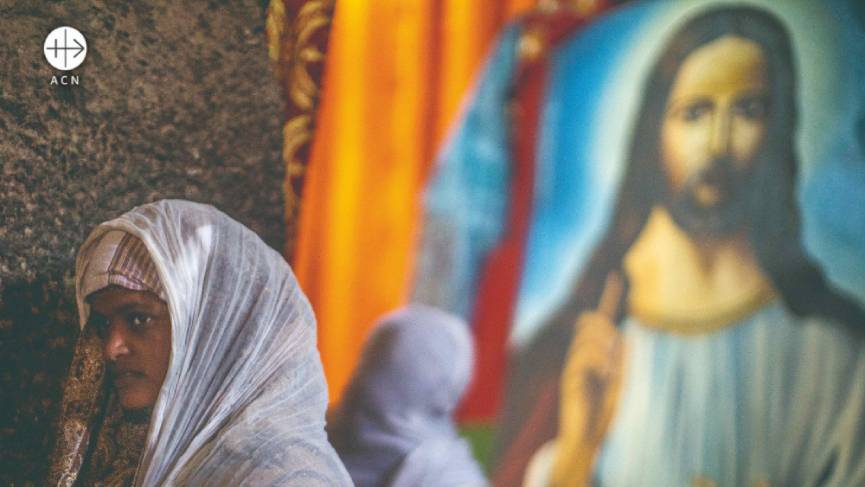 Following its launch in the UK on November 24th, the report Hear Her Cries is now available in Canada, in English and French. This latest Aid to the Church in Need (ACN) book reveals the tragic extent of a phenomenon that is still not generally known: the double persecution of Christian women in Egypt, Iraq, Syria, Nigeria, Mozambique and Pakistan.

Hear Her Cries, The kidnapping, forced conversion and sexual victimization of Christian women and girls paints a bleak picture of the situation of girls and women who belong to religious minorities, predominantly Christian, in countries where the status of women is still precarious in terms of equality, access to health care or the work environment. Not to mention religious laws concerning the family, which often subject girls and women to sexist rules issued in the name of religious laws.

“This report is like a shout out about an issue that international bodies are only just beginning to grasp,” says Marie-Claude Lalonde, National Director of ACN Canada, the office responsible for the French translation. “When we study the phenomenon of religious persecution, we realize that in some countries, the fact of being female becomes an additional source of persecution. Being a woman in addition to being Christian is a double sentence,” she says.

Furthermore, it is extremely difficult to quantify the phenomenon, the cases of abduction, forced conversion and sexual victimization, because the victims themselves refuse to talk about it. “Several aspects come into play,” notes Lalonde. “First, there is the shame of the women returning to their families. They don’t talk because they are ashamed and they don’t want this shame to reflect on their family and sometimes even on their community. They are also afraid of reprisals because their abusers have threatened them with death and have also threatened their loved ones. There is also the corruption of the law enforcement agencies, which do nothing to properly investigate, arrest suspects and convict them, as the case may be. This is particularly true in Pakistan, one of the worst countries in terms of respect for religious freedom.”

The Courage to Testify

Yet some victims have agreed to come forward and tell their stories. The young Pakistani Christian girl, Farah Shaheen, was abducted at the age of 12 (she is now 13). She was shackled by her new “husband”, forcibly converted to Islam and used as a sex slave, in addition to having to muck out the farm animals.

“This case is one of the most horrific, but the courage shown by this young teenager is absolutely extraordinary,” says Marie-Claude Lalonde. “Her father also fought for her, but the police did nothing. He was called a churha, which means dirty, precisely because he is a Christian.” In this case, the story has a happy ending, as a court finally annulled the marriage on February 16th. “Officially, in Pakistan alone, there are reportedly approximately 1,000 Christian and Hindu girls and women who are abducted, married and forcibly converted every year. But some reports suggest that this figure is valid for Sindh alone,” says Lalonde.
“On this International Human Rights Day, I am very pleased to be able to present this report, and I hope that it will lead to further progress on human rights,” concludes Ms. Lalonde.

The report Hear Her Cries, the kidnapping, forced conversion and sexual victimization of Christian women and girls, can be viewed in PDF format or via 3D FlipBook reading technology at https://acn-canada.org/publications/.