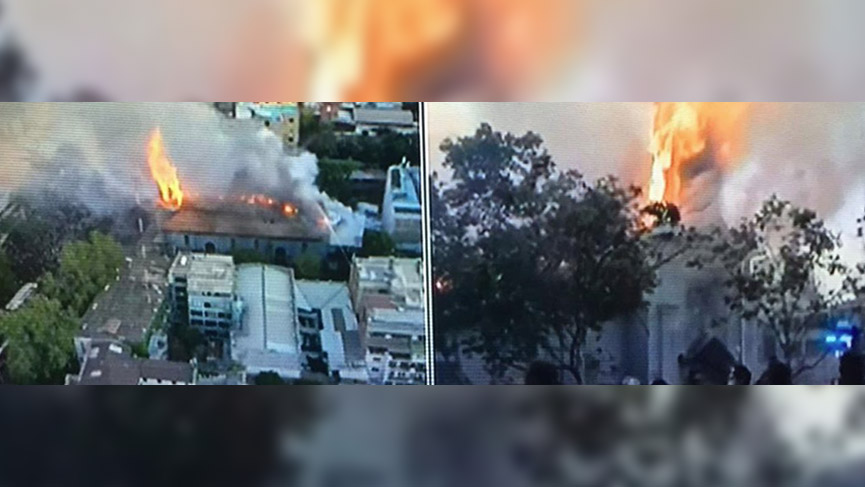 The International Pontifical Charity Aid to the Church in Need (CAN) condemns the violent attacks on churches in Santiago de Chile yesterday, October 18. Two churches were attacked by protesters at a time while several hours of peaceful demonstration were taking place to mark the anniversary of beginning of the social revolution on October 18, 2019 when the San Francisco de Borja Church and the Church of the Assumption – one of the oldest in the capital, built in 1876 –had already sustained damage from attacks on November 8, 2019.

“We are dismayed by the aggressions, looting and attacks on churches in Santiago de Chile: Yesterday’s events show how far the violence and hatred promoted by some groups can reach.

Nothing justifies the use of violence, and no attacks on sacred spaces, and no use of violence against the faith and beliefs of others will contribute to defend social, racial or economic justice.

We believe that while it is legitimate to demonstrate and ask for social changes, unbridled hatred against religious groups generates violence and destruction and should be openly condemned worldwide. Furthermore, we ask the Chilean government to ensure the protection of religious buildings against this kind of hate crimes.

We express our closeness and support to the parish priest of the Church of the Assumption, Pedro Narbona, who for many years has also been supporting the work of the Chilean section of Aid to the Church in Need (ACN) in support of the suffering and persecuted Christians. We are aghast at his personal suffering of a level of violence against the Church that until now we only knew in other parts of the world.

ACN reiterates its support for all Christians in Chile, whose churches and buildings have been systematically threatened by violent groups. Since October 2019 more than 57 have been attacked and burned in this country. ''

Appointment of Montreal Auxiliary Bishop Thomas Dowd as Bishop of the Diocese of Sault Ste. Marie