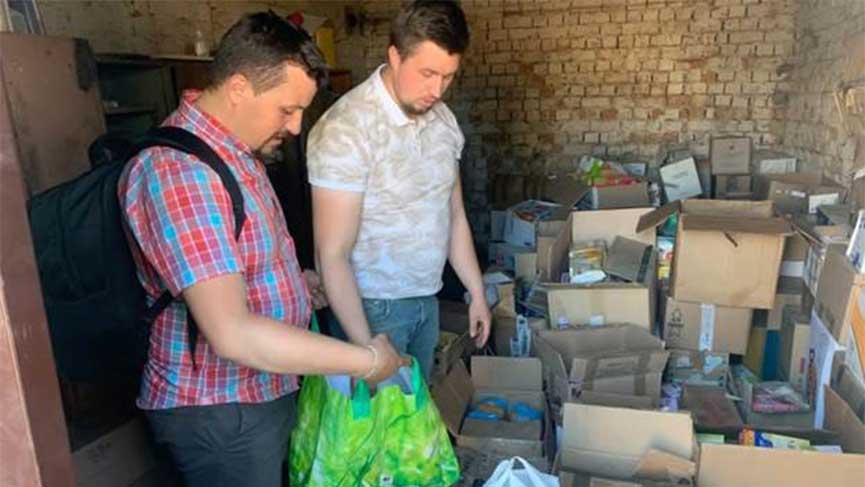 Ottawa — The Catholic Near East Welfare Association (CNEWA) has distributed more than $5.5 million CAD in emergency aid to Ukraine. With the help of its local partners including the Ukrainian Greek Catholic Church, Caritas Ukraine and the Ukrainian Catholic University, CNEWA donations are reaching people both in large cities and in remote villages throughout Ukraine.

Launched during the early days of the initial attacks in late February, CNEWA’s fundraising efforts have intensified thanks to the significant generosity of Canadians and their willingness to help CNEWA’s partners in Ukraine to respond to the crisis.

“We are seeing large numbers of individuals are displaced and in desperate need of help,” said Anna Dombrovska, Project Officer at CNEWA Canada. “We are working closely with our partners on the ground to ensure that help is reaching those who need it most.”

Since the start of the campaign, Canadian contributions have helped to fund aid convoys, shelters for the displaced, hospitals, care for people with special needs and provisions of basic supplies for families. Other important efforts have included offering rehabilitation and psychological support services as well as funding volunteer programs.

As the war continues, CNEWA’s focus remains on helping people affected by war to survive the cold winter in light of the looming energy crisis in Ukraine.

CNEWA Canada reiterates its call for financial support from Canadians coast to coast to coast. Contributions can be made online at cnewa.ca or by phone at 1-866-322-4441. Cheques can be mailed to CNEWA Canada at 223 Main Street, Ottawa, ON K1S 1C4, and marked “Ukraine” in the memo. Tax receipts will be issued for donations of $10 or more.

About CNEWA
An agency of the Holy See, CNEWA works for, through and with Eastern churches throughout the Middle East, Northeast Africa, India and Eastern Europe, providing pastoral and humanitarian support. Founded by Pope Pius XI in 1926, CNEWA was incorporated in Canada as a registered charity by Canada Revenue Agency in 2003. For more information, visit cnewa.ca.