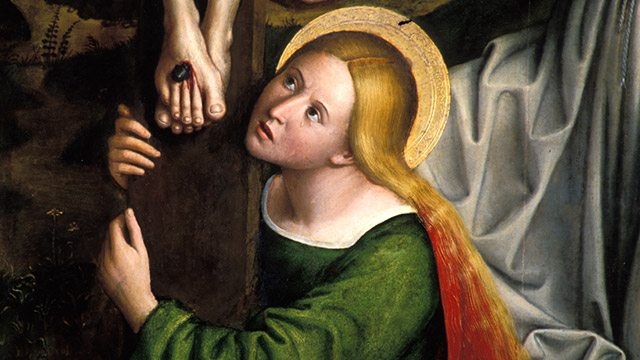 (Vatican Radio) Pope Francis has decided to raise the celebration of the memorial of St. Mary Magdalene to the dignity of a liturgical Feast.

The modern Church calendar, saints may be commemorated with a memorial (optional or obligatory), feast, or solemnity.

The decree was signed on 3 June 2016, the Solemnity of the Sacred Heart.

In a letter announcing the change, the Secretary of the Congregation for Divine Worship and the Discipline of the Sacraments, Arthur Roche, writes the decision means one "should reflect more deeply on the dignity of women, the New Evangelization, and the greatness of the mystery of Divine Mercy."

Archbishop Roche drew attention to the fact Mary Magdalene was the first witness to the Resurrection, and is the one who announced the event to the Apostles.

"Saint Mary Magdalene is an example of true and authentic evangelization; she is an evangelist who announces the joyful central message of Easter," he writes.

"The Holy Father Francis took this decision precisely in the context of the Jubilee of Mercy to signify the importance of this woman who showed a great love for Christ and was much loved by Christ," writes Archbishop Roche.

He also notes Saint Magdalene was referred to as the "Apostle of the Apostles" (Apostolorum Apostola) by Thomas Aquinas, since she announced to them the Resurrection, and they, in turn, announced it to the whole world.