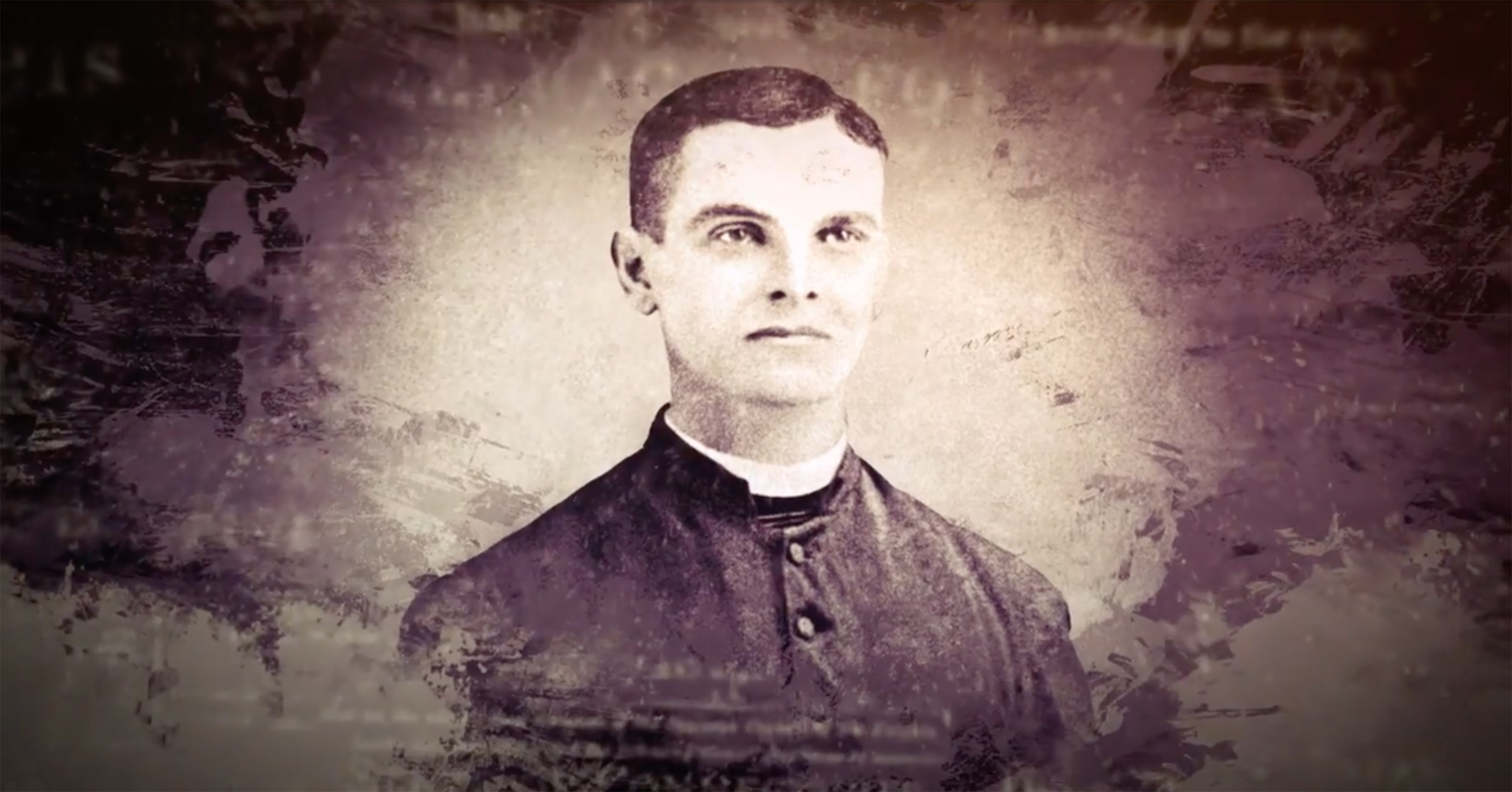 Father Michael McGivney, founder of Knights of Columbus who was beatified by Pope Francis, October 2020, is the subject of two new historical and inspirational documentaries – Blessed Michael McGivney and A Witness for the World: The Global Impact of Blessed Michael McGivney. Produced by the world’s largest fraternal organization for Catholic men, a lay-led order founded by McGivney in 1882, the documentaries are part of a campaign to inspire members of the Knights in Canada, Catholic audiences and the public at large to renew their drive for prayer, family life, charity and solidarity with the poor and suffering.

“Over the years, Father McGivney has been honoured with many titles – Apostle of Christian Family Life, Priest of the Beatitudes and, of course, founder of the Knights of Columbus,” said Supreme Knight Carl Anderson. “However, his witness goes beyond titles. He was above all else a testament to the power of spiritual brotherhood and charity. That reality comes through in these documentaries and we’re delighted to share them widely with Canadians.”

Blessed Father Michael McGivney (27:30 minutes) is a two-part documentary that focuses in its first 19 minutes on the life of Michael J. McGivney, from his childhood as the son of Irish immigrants to his untimely death at 38, as well as his short time in seminary at Saint-Hyacinthe, just a short drive east of Montreal. The remaining nine minutes showcases the heartwarming story of Michael McGivney Schachle, a child with Down syndrome who was healed in utero from a fatal disease through the intercession of his namesake.

A Witness for the World: The Global Impact of Blessed Michael McGivney (29:46 minutes), retraces the history of the Knights of Columbus and includes a contemporary view into the work of the order in countries like Ukraine, Mexico, Philippines, Poland and Canada, as well as interviews with Cardinal Gérald C. Lacroix, Archbishop of Quebec, Arcie Lim, Vancouver-based board member for the Knights of Columbus and David Peters, Ontario State Deputy with Knights of Columbus. From aiding children in war-torn Ukraine to the homeless in Vancouver, the documentary explores Father McGivney’s all-encompassing vision for an empowered laity, spiritual brotherhood, the rejuvenation of parish life and the transformation of communities through mutual love and charity.

The two documentaries are available on demand, at no charge, and have been subtitled into Spanish, Filipino, Korean and Polish. A French version will be launched in March. The films are also available for purchase on DVD, especially as a resource for parish and school-based study programs.

The documentaries are part of a global movement to actively pray for the holy priest’s sainthood. Driven by the Father Michael J. McGivney Guild, the movement is free and open to anyone who is devoted to Father McGivney and wishes to invoke his intercession and assist in his sainthood cause through prayer. Members receive a quarterly newsletter and are remembered in a weekly Mass offered for their intentions. Launched in 1998, the guild now counts more than 177,000 members worldwide.

About the Knights of Columbus

The Knights of Columbus is one of the world’s leading fraternal and service organizations with 2 million members in more than 16,000 parish-based councils. During the past year, Knights around the world donated more than 77 million service hours and $187 million for worthy causes in their communities. The organization also offers extensive life insurance services to members and their families, resulting in more than $114 billion of life insurance in force. Knights of Columbus Asset Advisors offers investment services to individuals and institutions in accord with Catholic social teaching and has over $26 billion in assets under management. From helping children in need, to providing wheelchairs for the disabled, to helping stock food banks, to offering top-rated and affordable insurance products to its members, to creating a legacy of giving, the Knights of Columbus has supported families and communities for more than 138 years. To learn more please visit us at kofc.org.

Born of Irish immigrant parents in 1852 in Waterbury, Connecticut, Father McGivney was a central figure in the dramatic growth of the Church in the United States in the late 19th century. Ordained in Baltimore in 1877, he ministered to a heavily Irish-American and immigrant community in Connecticut. At a time of anti-Catholic sentiment, he worked tirelessly to offer practical solutions to their many problems — spiritual and temporal alike. With a group of the leading Catholic men of New Haven, he founded the Knights to provide spiritual support for Catholic men and financial resources for families that had suffered the loss of their breadwinner.

Father McGivney died of pneumonia on Aug. 14, 1890 — two days after his 38th birthday — after falling ill amid a pandemic.

In March 2008, Father McGivney was declared a Venerable Servant of God by Pope Benedict XVI, who during his visit to New York's St. Patrick's Cathedral cited the "remarkable accomplishment of that exemplary American priest, the Venerable Michael McGivney, whose vision and zeal led to the establishment of the Knights of Columbus."

On Oct. 31, 2020, he was declared blessed by Pope Francis, who cited Blessed Michael McGivney for his "zeal for the proclamation of the Gospel and generous concern for his brothers and sisters" that "made him an outstanding witness of Christian solidarity and fraternal assistance.