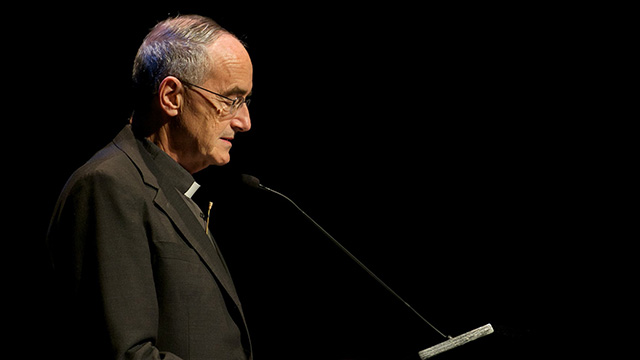 The CRC is pleased to announce that on September 28 at the “Institut de pastorale des Dominicains”, Fr. Michael Czerny, S.J., of the Pontifical Council for Justice and Peace will be presenting a conference in French about “Laudato Si'”.

Fr. Czerny will explore how the encyclical has been implemented so far, and suggestions for moving forward - with an eye to the COP22 taking place in Marrakech (Morocco) 7-18 November, 2016.

Michael Czerny, S.J., is a Canadian Jesuit who has worked with various Jesuit social justice initiatives for over thirty years. Czerny first served as the founding director of the Jesuit Centre for Social Faith and Justice in Toronto from 1979 to 1989, then as director of the Human Rights Institute at the University of Central America (UCA) in El Salvador. From 1992 to 2002, Czerny served as the Secretary for Social Justice at the Jesuit Curia, and subsequently served as the founding director-coordinator of the African Jesuit Aids Network (AJAN) until 2010. Since 2009 has been an adjutor to the African Bishops Conference and Synod, as well as (since 2010) Councellor for Cardinal Peter Turkson, President of the Pontifical Council for Justice and Peace.

Celebrating the Jubilee for Catechists
The Evangelization Cross Begins its Pilgrimage

The Evangelization Cross Begins its Pilgrimage