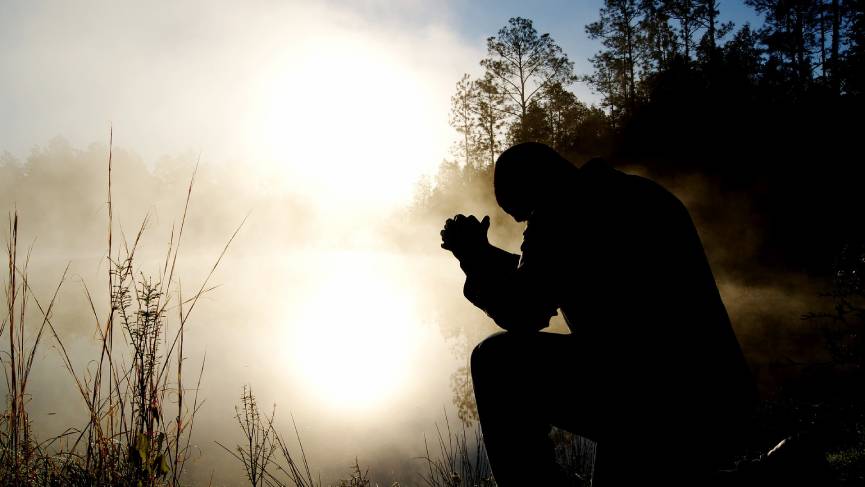 Pope Francis holds his weekly General Audience during Laudato Si’ Week, and reflects on the mystery of Creation and how it opens us up to prayer.

Continuing his catechesis cycle on the theme of prayer at the Wednesday General Audience, Pope Francis spoke about the relationship between creation and prayer.

The Bible, he said, begins with the account of God creating the world. The passage “resembles a great hymn of thanks”, he said.

“The account of Creation,” he continued, “is punctuated with refrains in which the goodness and beauty of all things that exist are continually reaffirmed.”

Pope Francis said the beauty and mystery of Creation sets in motion the first movement that stirs prayer. Psalm 8, proclaimed at the beginning of the audience, affirms this.

The human person “in prayer contemplates the mystery of existence around them. He or she sees the starry sky above - which astrophysics shows us today in all its immensity - and wonders what design of love there must be behind such a powerful work!”

This contemplation leads the person who prays to wonder: “What is man?”

Despite humanity’s frailty, said the Pope, “the human being is the only creature aware of such a profusion of beauty.”

The Pope said prayer is closely linked to the sentiment of wonder. “The greatness of the human person is infinitesimal in relation to the dimensions of the universe,” he said. “In prayer a sentiment of mercy is overwhelmingly affirmed.”

“The relationship with God,” said Pope Francis, “is our greatness: his enthronement. By nature we are almost nothing, but by vocation we are children of the great King!” Many of us, he added, have experienced this while contemplating elements of Creation.

Pope Francis went on to reflect on the historical origins of the story of Creation.

At the time it was written, he said, the people of Israel had been deported from their homeland and were enslaved in Mesopotamia. “There was no homeland, no temple, no social and religious life: nothing.”

With the story of creation, the exiles “began to find reasons to give thanks, to praise God for their existence.”

Despite all our daily toil and trials, people of prayer always find the strength and trust to repeat that life is a grace to be marveled at.

“Prayer is the first force of hope,” he said. “Men and women of prayer bear light on their faces: because even on the darkest days the sun does not cease to illuminate them.”

Each of us, concluded Pope Francis, are “bearers of joy” who are grateful to God for the gift of life.

“It is too short to be consumed in sadness,” he said. “Let us praise God, content simply to exist.”

Diego Saavedra Renaud : the Church responds at the grassroots
Pope Francis: Mission is free gift of the Spirit, not result of strategies

Pope Francis: Mission is free gift of the Spirit, not result of strategies