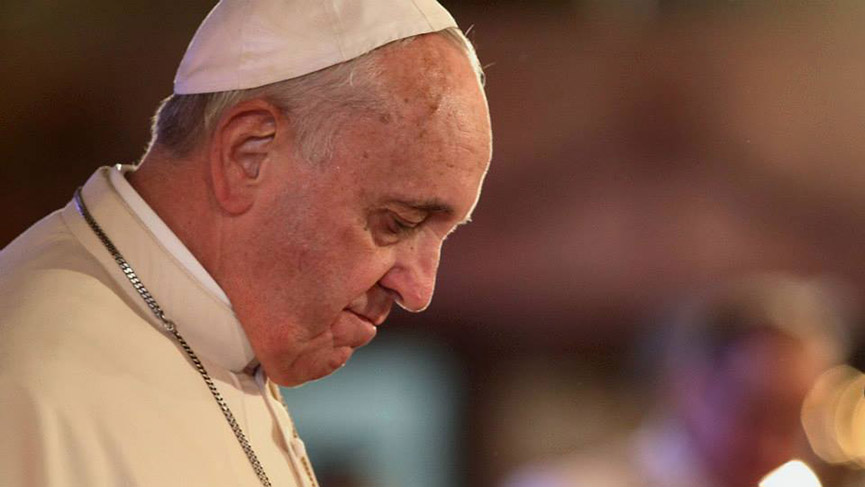 Pope Francis has writtten a letter to the whole People of God addressing the ongoing crisis of sexual abuse in the Church.

“If one member suffers, all suffer together with it.”

These words, taken from St Paul’s First Letter to the Corinthians, struck the key note for Pope Francis in an impassioned letter addressed to the whole People of God.

The letter comes in response to an ongoing crisis of sexual abuse by “a significant number of clerics and consecrated persons” – crimes that were covered up and perpetuated by those who should have been protecting the vulnerable. In particular, the Holy Father referred to a report released by a Grand Jury in the U.S. state of Pennsylvania which, he wrote, “detailed the experiences of at least a thousand survivors, victims of sexual abuse, the abuse of power and of conscience at the hands of priests over a period of approximately seventy years.”

However, despite being occasioned by the recent scandals, the Director of the Holy See Press Office, Greg Burke insisted that the letter was meant for the whole Church. “This is about Ireland, this is about the United States, and this is about Chile. But not only. Pope Francis has written to the People of God – and that means everyone.”

Abandoning the little ones

In his letter, the Holy Father speaks of the realization that the “wounds” caused by abuse “never disappear and that they require us forcefully to condemn these atrocities and join forces in uprooting this culture of death.” He admits that the Church has failed to deal adequately with the crisis of abuse. “With shame and repentance, we acknowledge as an ecclesial community that we were not where we should have been, that we did not act in a timely manner, realizing the magnitude and the gravity of the damage done to so many lives,” the Pope says. “We showed no care for the little ones; we abandoned them.”

Pope Francis calls for solidarity with those who have been abused. “Such a solidarity,” he said, “demands that we in turn condemn whatever endangers the integrity of the person.” It is a solidarity, “that summons us to fight all forms of corruption, especially spiritual corruption.”

The Pope also notes that the Church has delayed in applying the “actions and sanctions” that are necessary for the implementation of a “zero tolerance” policy, but said he is “confident that” those actions and sanctions “will help to guarantee a greater culture of care in the present and the future.”

Pope Francis calls on all the baptized to be a part of the “ecclesial and social change we so greatly need.” This change, he continued, requires “personal and communal conversion.” And in order to experience that “conversion of heart,” he encouraged “the entire faithful People of God to a penitential exercise of prayer and fasting” – a reference to our Lord’s words in Matthew 17:21 that “this kind [of demon] does not come out except by prayer and fasting.” Greg Burke explained, “Pope Francis says greater accountability is urgently needed, not only for those who committed these crimes, but also for those who covered them up – which in many cases means Bishops.”

A response from the whole Church

The Holy Father emphasizes that the present crisis demands a response from the whole Church as a body. “Consequently, the only way that we have to respond to this evil that has darkened so many lives is to experience it as a task regarding all of us as the People of God.” This response requires the “active participation of all the Church’s members,” and “will be helped by the penitential dimension of fasting and prayer.”

Pope Francis says, “It is essential that we, as a Church, be able to acknowledge and condemn, with sorrow and shame, the atrocities perpetrated by consecrated persons, clerics, and all those entrusted with the mission of watching over and caring for those most vulnerable. Let us beg forgiveness for our own sins and the sins of others.”