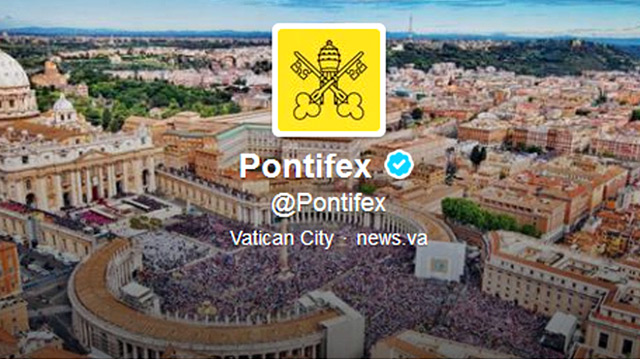 (Vatican Radio) The number of Pope Francis' followers on his @Pontifex Twitter account in 9 languages climbed above 27 million during his visit to Mexico.

The most popular language is Spanish with 11,146,700 followers, the second is English with 8,680,000 and the third is Italian with 3,365,500. The other languages in order of popularity are Portuguese, Polish, French, Latin, German and Arabic.

Pope Benedict launched the @Pontifex account on the 12th of December 2012 whilst Pope Francis sent his first tweet on the 17th of March 2013.