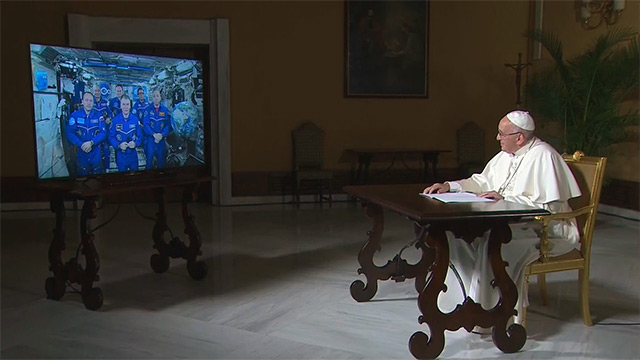 (Vatican Radio) On Thursday, October 26, Pope Francis spoke via satellite link with the crew of the International Space Station.

Astronaut Randolph Bresnik of the US commands the current, 53rd ISS expedition, which has a complement of 5 mission specialists: Italian astronaut Paolo Nespoli; Russian astronauts Sergey Ryanzansky and Alexander Misurkin; and US astronauts Joe Acaba and Mark Vande Hei.

The video link-up lasted about 20 minutes, with the Holy Father speaking to the astronauts from the "auletta" of the Paul VI Hall, in the presence of the President of the Italian Space Agency (ASA), Roberto Battiston, and the Director of Earth Observation Programmes of the European Space Agency (ESA), Josef Aschbacher.

During the course of the virtual visit, Pope Francis asked questions of the astronauts, on topics ranging from the place of humanity in the universe, to the difference in perspective that living on the ISS brings, to the role of the "That Love which moves the sun and the other stars," in their work of understanding, to their reasons for desiring to explore space. 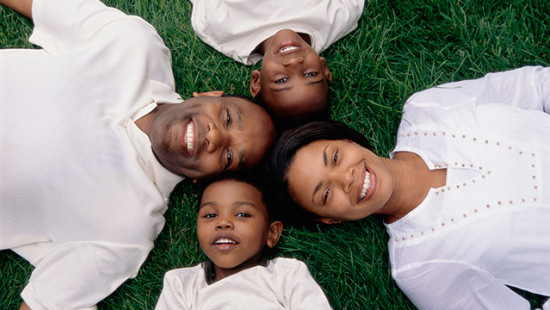 The Gospel of the Family: joy to the world