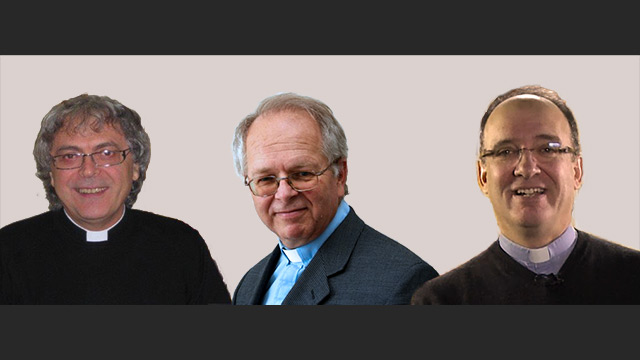 To better enter together into a new evangelization, our Archbishop, The Most Reverend Christian Lépine, is announcing a significant reorganization of the deaneries for September 2017.

With his apostolic exhortation The Joy of the Gospel, Pope Francis calls the entire Church towards a missionary shift. In Montreal, Quebec, we have begun to respond to this invitation.

To better enter together into a new evangelization, our Archbishop, The Most Reverend Christian Lépine, is announcing a significant reorganization of the deaneries for September 2017.

He is appointing two collaborators to promote solidarity among those who serve the mission of the Church in the neighbourhoods of our Archdiocese.

Archbishop Lépine is entrusting the responsibility of episcopal vicars for the deaneries, for the life of the Church in the French-speaking communities, to Msgr. Roger Dufresne (until now the Director of the Office for Pastoral Personnel) and Father Alain Mongeau, the pastor of Saint-Jean-Baptiste Parish.

According to the proposed project, the episcopal vicars will work together with the clergy - pastors assisted by a local coordination team - with Father Raymond Lafontaine, Episcopal Vicar for the English-speaking faithful and with the person in charge of the cultural and ritual communities of the Church in Montreal (still to be appointed).

Other announcements will follow during the course of the summer concerning who will be taking over the responsibilities of Fr. Paternieri and Fr. Mongeau.

For the past five years, the Church of Montreal's deaneries have served to support priestly fraternity, bringing together priests from within the same neighbourhoods, for prayer and sharing.

As well as this objective, pastoral and missionary collaboration will from now on be at the forefront of the work of the deaneries.

A deanery brings together parishes, movements, congregations and other Church initiatives, within the same neighbourhood or neighbouring communities, to assure better coordination, flow of information and sharing of resources.

We will have the opportunity to speak about this again by the end of the summer.

I would like to wish you a great summer. May the Lord be ever at your side!

50 years of service: “no regrets”
New Bishop appointed for Saint-Hyacinthe