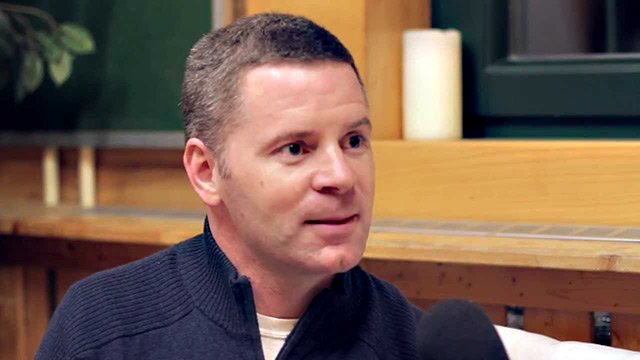 (Presence/CNS) St. John Paul II's theology of the body is bringing Christians together in closer unity, said Christopher West, the U.S. founder of the Cor Project, which promotes the teaching.

Christopher West said the lessons of the Polish pope were providing answers to "larger and larger numbers" of Catholics, Anglicans and other Christians concerned about a growing crisis of "gender confusion" in the West.

The theology of the body refers to a body of teaching given in weekly lectures by St John Paul between Sept. 5, 1979 and Nov. 28, 1984, which were published together under the title "The Theology of the Body: Human Love in the Divine Plan."

The pope proclaimed human bodies to be vehicles of union and communion among people and with God, and said that the best reflection of divine love was the love between a husband and wife.

In a telephone interview with Catholic News Service Jan. 16 -- the eve of the Week of Prayer for Christian Unity -- West said he was confident that the theology of the body was now "crossing denominational lines and is changing lives around the world."

The theology, he said, offered a prophetic response to the rise of a new gender ideology in which individuals asserted a right to choose a gender, often of their own creation, instead of accepting gender as biologically determined.

He cited one social media outlet that invited new members to "customize" their gender in the face of a proliferating range of ideas about what it could be.

"When you fill out your personal profile, you will have 'male, female and customize,'" West explained. "About a year ago, they had about 50 options and there were complaints that that wasn't enough."

West, a Philadelphia-based expert on the theology of the body and president of the Cor Project, said, however, that increasingly "men and women are looking at the gender confusion and gender chaos in the world and are saying, 'How did this happen, where did we get off track and how do we address this in a compelling, compassionate and merciful way?'"

"This is a fulfillment, I am certain, of what John Paul II intended," he added. "He planted the seed ... and he knew it would grow beyond denominational lines, and that is what we are seeing now."

The remarks of West, a father of five, came after a week in London in which he addressed Catholics at a theology of the body symposium in St. Patrick Church in Soho, and then also spoke to Anglicans and other Christians at an event called "Our Bodies Proclaim the Gospel" at the Emmanuel Center in Westminster.

West told CNS that a clearer understanding of church teaching on marriage ultimately would help to serve the cause of the unity of all Christians.

"Satan always attacks the truth about marriage because this is how he sows the seeds of division in the whole body of Christ and in the whole world," he said.

"This need to reclaim the authentic meaning of the body and sexuality and gender and family is not a footnote in the Christian life. What is at stake is nothing short of our understanding of the eternal plan of God for human existence and human destiny," he continued.

He added, "John Paul II, in his bold evangelical way, is saying there is power in the words of Jesus to heal us of our confusion and restore in us the true meaning of who we really are as men and women created in the image of God."

Pope Francis: 'Lent is a favourable time for conversion'
World Day of the Sick

World Day of the Sick