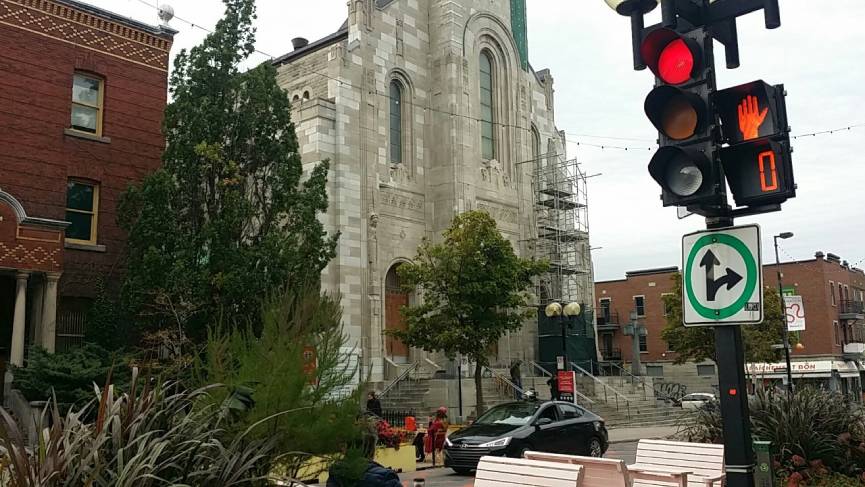 Here is a beautiful text from Mr. Martin Fontaine, pastoral agent, telling us about his precious testimony during a mass on October 4th.

I would like to share with you a miracle that occurred during the 11 o’clock mass at Saint-Esprit-de-Rosemont on Sunday, October 4, 2020.
The priest assigned me to stand outside the church once the 25 members were inside, in order to inform others that they would have to remain outside, but that we could bring them communion at the Eucharist.

At first about four people stayed with me; others said they would come back for communion. To my surprise, the four sat on the church steps and began saying mass aloud in front of the church four metres away from the sidewalk, where all the passersby could hear the whole mass.

The two women began. They started to sing at about the same time the entrance hymn was being played indoors. Then, one after the other, they did the readings: Isaiah, Psalms, Epistles… While this was going on, more and more people were coming up and joining us. There were exactly twelve of us, including the gentleman who came to take up the collection and the warden who passed close beside me as he swept the front entrance, - the twelve apostles, men and women (three African American, three Latin American, one Aboriginal and five white).

When the time came for the Gospel, they all turned to me to do the reading. I had not expected this honour. I did the reading and afterwards asked them, ‘What stands out to you in these three readings? What do you get out of them?’ What inspiration, Lord! What instruction I received through this commentary on the Gospel! These twelve people restored me with such powerful nourishment. Powerful and rich, and what a fine witness in the presence of all those who heard as they passed by! One woman in her twenties gave us the thumbs up as she walked by, her expression full of encouragement for what we were doing. (I did not expect such approval from a young person living in this ‘young/professional/not-so-religious’ neighbourhood of Plateau Mont-Royal). Another gentleman with a dishevelled beard stopped on his bicycle. ‘You can join in,’ I said, ‘I’ll be bringing Communion shortly.’ ‘Shh-,’ he interrupted me, ‘I’m trying to hear what the people are saying (sharing the Gospel).’

Sixty people must have passed by during our mass. Not one disapproving look, not one disrespectful glance. We had the sense that we were totally accepted in what we were doing. In fact they were approving of our courage, our respect for the safety standards and our putting up with the cold (grey clouds, cold air, wind…).

Some of the twelve would ask me, ‘Don’t you want to go inside? Go and warm yourself up, you’re only wearing your alb!’ But I was so fascinated by what was happening. I wasn’t cold at all. The atmosphere was amazing. You really felt the Holy Spirit breathing on Saint-Esprit-de-Rosemont!
During the sharing of the Gospel, the person taking the collection came outside. I said to myself, ‘You’re not serious! I’m already embarrassed that the church makes them stand outside. You’re not going to ask them to donate to the collection!’ Well, surprisingly, the collection plate he was carrying was full. As he re-entered the church he said, ‘The collection was very good!’ Now that’s something to silence the skeptics!!!

A little later, the twelve decided to say the Credo. I said, ‘I’ll go inside to make sure we don’t miss Communion.’ Once I was inside the choir, it was actually at that point of the mass. I took communion and, with Father Raymond Arsenault’s prior permission, since I had received the communiqué from the diocese authorizing it, carried the ciborium outside.

As I was about to step outside with the ciborium, I remembered how cold and grey and windy the day was, and I opened the door. But the clouds had disappeared, and the cold was gone. The sun was shining in all its glory!

I brought the ciborium to the twelve saying, ‘Happy are those who are called to the supper of the Lord!’ out on the sidewalk. The Body of Christ made flesh outdoors. Experiencing the high point of Christian life surrounded by the neighbourhood and inspired by the diocesan officials who authorized this form of prophesy. And how prophetic were the Biblical texts of the day concerning the vineyard! In our sharing of the Gospel, we did not forget Joyce, the Aboriginal woman who was neglected and left to die in a hospital. Nor did we forget to talk about racism and to speak about the gifts of God which we have the responsibility of putting to work; for if we do not, his gifts, his vineyard will be given to others, as Christ says in the Gospel. Prophetic! A transformative mission!

After the twelve had communicated, I took the ciborium inside and came back out to find them still praying and giving thanks. A baptismal ministry, a ministry of baptism. The sensus fidei, the sense of faith among the faithful. We must not underestimate the tremendous depth, the experience, the potential and the spiritual seeking of the laity. These parishioners understood that they would not have their regular mass and quite simply took the initiative and were able to create an extraordinary celebration! The celebrations inside the church and outside both began and ended at the same time. Afterwards I heard all the following comments made by the twelve:

‘Let’s meet on the church steps next Sunday!’
‘I’ve wanted to find a Gospel-sharing group for so long!’
‘Martin, will you be here next Sunday?’
‘Now I don’t want to leave, it’s so nice and warm!’

It was an absolutely amazing Sunday! In the midst of this Cross we call Covid, to see new practices springing up! A resurrecting mission! Our priest is delighted and is praying that we will have good weather again next Sunday, so that we can get our outdoor congregation back together. Let us marvel at the works of the Spirit among the baptized, and let us admire what they create in the church by their own initiative!
The Lord be praised! 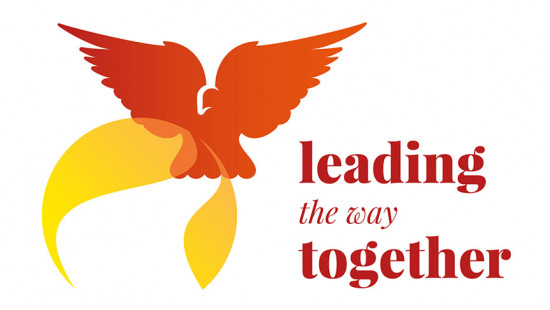 Funeral for Fr. John Walsh Nov. 16
The Persecution of Christians is increasing, as is anti-religious violence

The Persecution of Christians is increasing, as is anti-religious violence