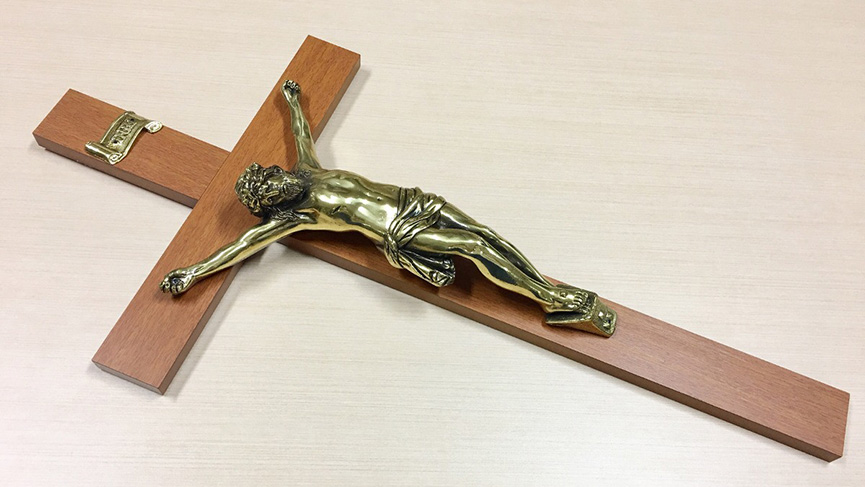 Some 82 years ago in 1937, a crucifix was installed in the Montreal city council chambers, the elected officials of the day wishing to recognize our history and our roots by this gesture. In 1643, Maisonneuve had erected a cross on Mount Royal, a poignant representation of the sacrifice of Love, a love for all humanity, a sign that has been integral to our public space ever since the foundation of our city.

We learned, today, that the crucifix hanging on the wall of City Hall will be removed and transferred to an adjoining museum. This decision belongs to the elected officials, who are called to represent the will of Montrealers.

As a sign revered by Christians, the crucifix remains a living symbol. It symbolizes openness and respect toward all peoples, including toward other faith communities and religious traditions, which rightfully adhere to their own signs and symbols. Nevertheless, nothing forbids us, and our respective beliefs, from being present in the public space in an attitude of respect and openness, since we share the same common humanity.

When it comes to transmitting spiritual and communal values in a spirit of togetherness and solidarity, the crucifix is laden with meaning, expressing and encapsulating what fortifies the population of Montreal since its foundation, a legacy of which we can be proud.

The Religious Hospitallers of St. Joseph celebrate 360 years
Statement from the Archbishop on the assault at St. Joseph's Oratory

Statement from the Archbishop on the assault at St. Joseph's Oratory