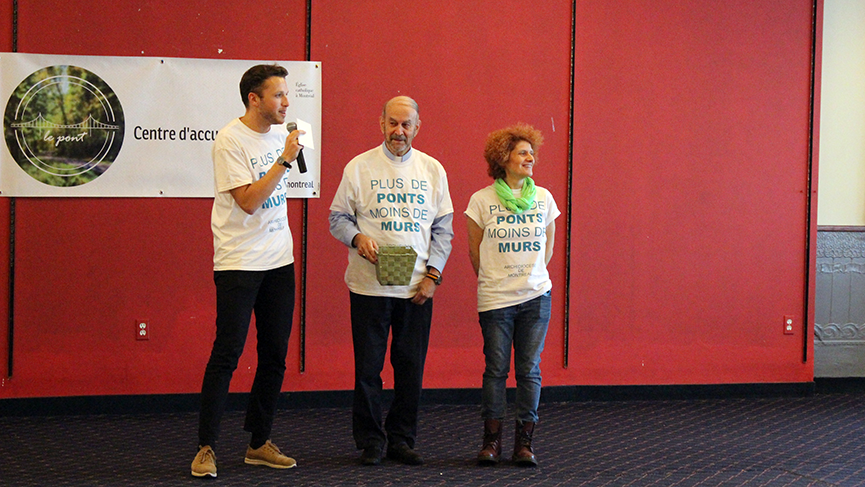 Le Pont marked its first anniversary of operation November 4 with a fundraising spaghetti supper, organized to raise money for this diocesan welcome centre for asylum seekers.

About one hundred people made their way to support Le Pont, one year after its opening. Everyone enjoyed delicious pasta and sausages offered by the “Du boucher à la table” restaurant, while watching Latin dances generously performed by the group “Tikal Guatemala”.

After one year of welcoming people, everyone was pleased to say that this centre is a true success, as much for the number of people who have been welcomed as for the quality of that welcome.

Régina, who everyone calls “Mama”, benefited from the centre’s services one year ago when she arrived from the Congo via the United States.

“After having spent one and a half months at the transit centre in Sherbrooke, I finally arrived at Le Pont: it was a lot better than at the first centre because here the organizers take care of everything: they know how to go further and take care of each person individually.” She laughed while adding “they even taught me how to tie my scarf”, and on a more serious note she adds: “here, it is not humanitarian, but human”.

The primary objectives, “Welcome – Protect – Promote – Integrate” based on the Pope’s words are achieved. Le Pont is more than a centre: it is a home!

In 2018, more than 200 vulnerable asylum seekers benefited from temporary housing that was safe but also familial, rich in services and times of exchange. The volunteers at Le Pont also guided them in the necessary paperwork, directed them toward the appropriate social and health services, clothed them and helped them to understand the Quebecois society: “In an holistic approach, we are there to allow them to experience a successful integration into the Quebecois society and to offer them the possibility of building the life that they hope to have here.” says the centre’s coordinator Arthur Durieux.

A future full of projects

Another level was built to create more rooms and “we just opened Le Petit Pont: a new program for children at the centre” says director Alessandra Santopadre.

About a dozen volunteers attended the supper. José Luiz, a volunteer, speaks with enthusiasm about the start of new French classes, and Isabel, his wife, about working to direct the beneficiaries toward adequate centres.

In the future, Le Pont would like to further develop its network of partners who offer the beneficiaries referencing services. “This network also allows us to act as a major contributor in the promotion and defence of the rights of asylum seekers, notably for access to daycares and the right to affordable, sanitary and safe housing.”

Msgr. Pierre Blanchard, director of the Office of Cultural Communities and Rituals was pleased and amazed by the dedicated volunteers and the asylum seekers who have found a true family at Le Pont. Using the words of Saint Matthew “I was a stranger and you welcomed me”, Msgr. Blanchard insists: “Le Pont is the unconditional welcome of the Church: all asylum seekers, whatever their origins or their religion, are welcomed.”

The supper ended with a draw that everyone could participate in by buying one of the centre’s t-shirts. “Pplus de ponts et moins de murs!” More bridges and fewer walls! 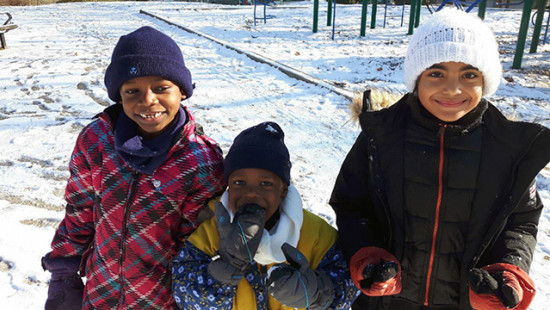 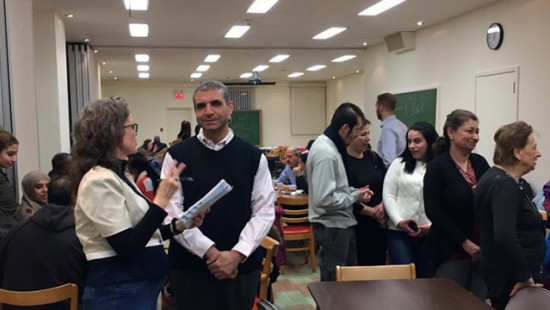 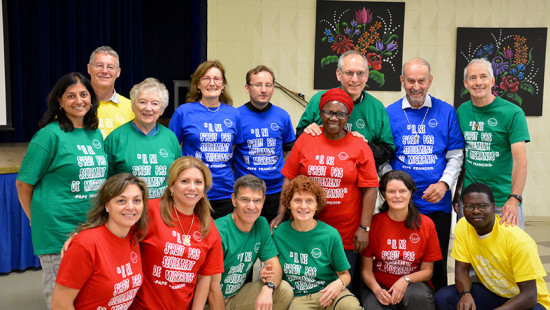 It’s not just about migrants, it’s about Christ. 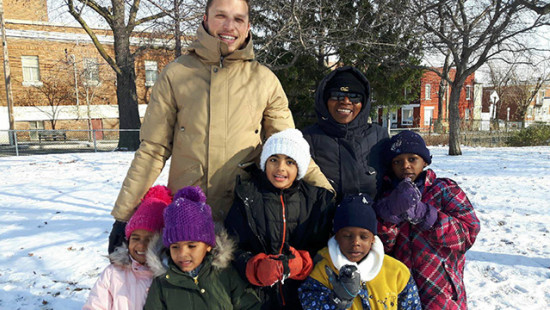 Diocesan Triduum for the feast of Christ the King