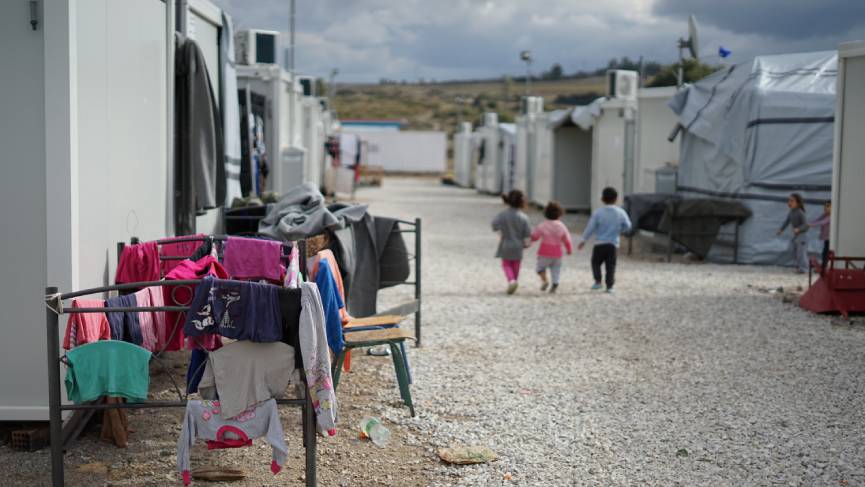 Sarah Hassan reflects on her experience of becoming internally displaced, ahead of the 106th World Migrant and Refugee Day slated for 27 September.

Pope Francis has placed the experience of Jesus and his parents as displaced refugees at the center of his message for the World Migrants and Refugee Day, scheduled for 27 September 2020.

“In a world where everyone wants to be right, there’s no more room for listening. All we do is talk,” Pope Francis said. “But it is only through humble, attentive listening that we can truly be reconciled.”

The Holy Father’s message for the World Day is titled “Forced like Jesus Christ to flee”.

Ahead of the occasion, the Vatican’s Migrant and Refugees Section released the third in a series of videos on Wednesday, entitled “To listen in order to be reconciled”.

The video captures the story of Sarah Hassan, a Yazidi woman from Dogorî village, Sinjar, in Iraq, who recounts her experience of becoming internally displaced.

“There are many reasons why we became internally displaced,” Sarah says. “One reason is that our area, Sinjar, is a strategic district along the border."

“The second reason is about religion,” she continues. “We are a religious minority and we lived in a disputed zone, so no one cared about our area.”

Sarah recalls that when she fled to Kurdistan, she was welcomed by both Christians and Muslims.

“When we fled and came to Kurdistan, Muslims opened their mosques for us and Christians did the same. They opened their churches’ doors for us. So, we became less afraid.”

However, Sarah points out that her fear is not all gone. “As Yazidis we are still fearful,” she says.  “We feel afraid right now.”

“Some people have nothing to do with us because of personal motives or for religious reasons,” she notes. “I ask them to join us and let’s all listen to each other. They shouldn’t make religion an obstacle, humanity is bigger than all of us.”

“We will not find solutions through violence; violence will only create more violence,” Sarah affirms.

“Teamwork and accepting each other will create a brighter future for these children, whether they are Muslims, Yazidis, Kakaï or Christians,” she says, as she turns her thoughts and hopes towards the future.

Invitation to the priestly ordination of Pascal Cyr