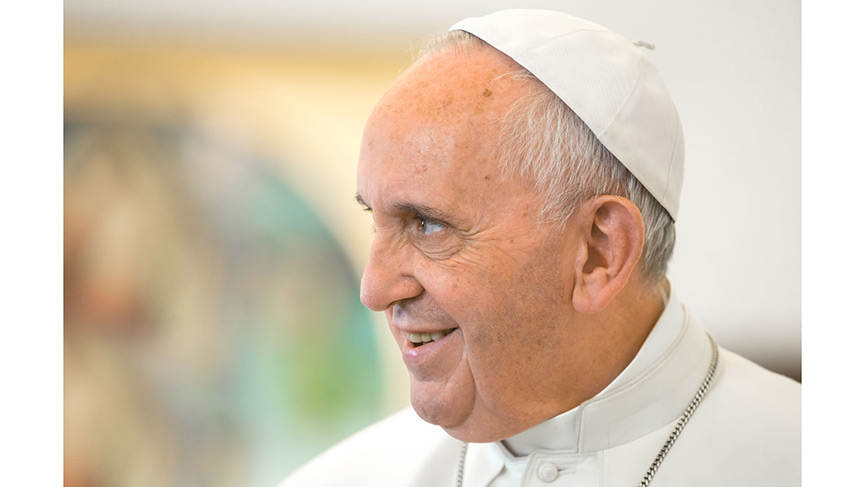 In his catechesis at the Wednesday General Audience, Pope Francis reminds Christians that unity is achieved only with the grace of God, and not through our own force of will.

As Christians around the world observe the Week of Prayer for Christian Unity, Pope Francis reflects on Jesus’ invitation to overcome discord and sow reconciliation.

Speaking in the catechesis portion of his weekly General Audience, the Pope reminded everyone that Jesus did not command His disciples to be united, but rather prayed that they might be.

This, said the Pope, “means that we are not able to achieve unity with our own strength. Unity is above all a gift, a grace to be requested through prayer.”

As the Apostle Paul observed, each of us experiences a painful conflict within ourselves, in which we desire the good but find ourselves inclined toward evil.

Our internal conflict, said Pope Francis, is a reminder that the true solution comes “by asking God for peace, reconciliation, and unity.”

“Our prayer for unity,” he added, “is thus a humble but trusting participation in the Lord’s prayer.”

Pope Francis then asked us all to reflect on how often we pray for Christian unity. “During this time of serious hardship, this prayer is even more necessary so that unity might prevail over conflicts.”

Christians, he said, need to pursue the path of visible unity, because the world will only believe in Christ if we bear witness “to the love that unites us”.

“To pray means to fight for unity,” said the Pope. This means fighting against the discord and division which the devil seeks to sow by magnifying the defects and mistakes of others in our eyes.

God, however, offers another path. “He takes us as we are, different, sinners, and nudges us towards unity.”

So, Pope Francis invited everyone to sow unity in our homes and workplaces with the tools God has given us: “prayer and love.”

Finally, Pope Francis reflected on the theme of this year’s Week of Prayer for Christian Unity: “Abide in my love and you shall bear much fruit.”

“The root of communion and love is Christ who makes us overcome our prejudices to see in others a brother or sister to be loved always,” he said.

By seeking unity, we find that Christians of other confessions are gifts from God.

“Let us begin to pray for them and, when possible, with them,” concluded Pope Francis. “We will thus learn to love and appreciate them.”

Presentation by Me Racicot - Choosing hope and life
Places of worship can open with a maximum of 10 participants, in addition to the necessary liturgical and technical facilitators

Places of worship can open with a maximum of 10 participants, in addition to the necessary liturgical and technical facilitators