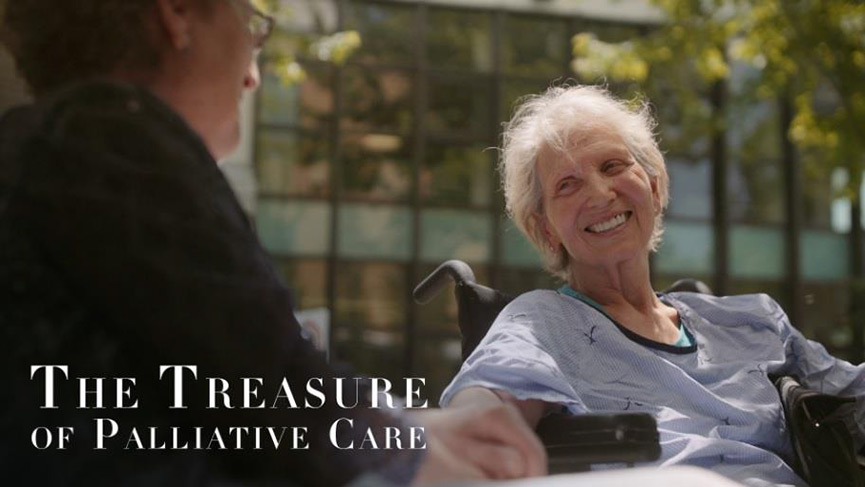 The Living with Dignity citizen network (LWD), founded in 2010 in advance of the debate on the issue of "dying with dignity" in Quebec, is officially launching The Treasure of Palliative Care video series today.

From Living with Dignity

Since 2015, the Canadian province has been the first jurisdiction in the world to propose euthanasia as end-of-life care, known as medical assistance in dying. "In this context, a Quebec perspective on the many benefits of palliative care is particularly pertinent and we wanted to share it internationally. It is becoming increasingly clear to us that there is always a better option than euthanasia," said LWD’s president Alex King.

Produced in English and French, the 10-minute video The Treasure of Palliative Care answers six essential questions to help you better understand this form of care whose name "palliative" was coined in Montreal in 1973 by Dr. Balfour Mount. In addition to the brief answers provided by two Quebec experts in the field, Dr. Golda Tradounsky and Dr. Patrick Vinay, six additional videos explore the following questions in greater depth:

Directed by Bruno Olivier and hosted in English by Angela Barrett and in French by Claudette Lambert, The Treasure of Palliative Care is available on the LWD Facebook page as of today as well as on YouTube via the https://vivredignite.org/treasure page.

A pre-launch of the video took place during the summer vacations on the occasion of LWD's participation in the Select Committee on the Evolution of the Act Respecting End-of-Life Care on August 9, 2021. This Quebec parliamentary commission is studying the potential extension of medical assistance dying (1) to people who have a mental illness as their only medical problem or (2) to those in a situation of incapacity (caused by a neurodegenerative disease such as Alzheimer’s) who have previously signed advance directives. For full details on LWD's participation in this committee, visit https://vivredignite.org/lwd-select-committee-2021.

Living with Dignity is a Quebec non-profit citizen network with no religious or political affiliation. Its mission is to promote the protection of the life and inherent dignity of people made vulnerable by sickness, old age or disability, by ensuring an end to their lives that is natural and respectful of the person and their dignity, through compassionate accompaniment.