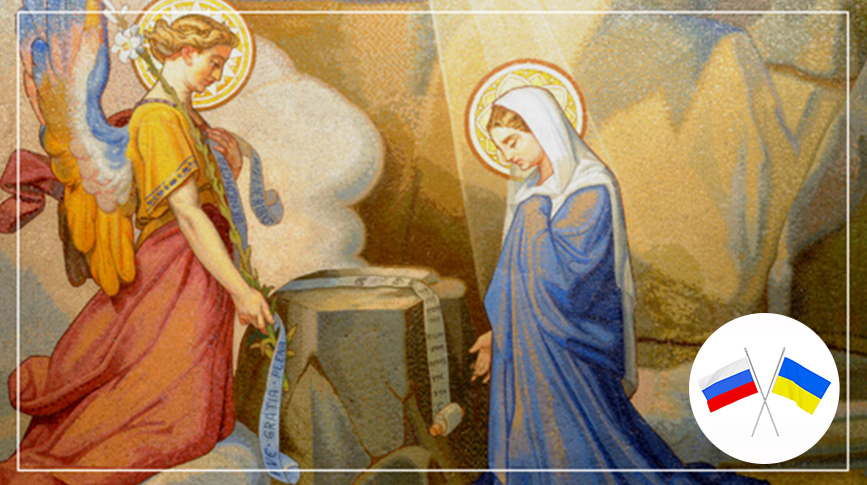 Archbishop Christian Lépine will mark the feast of the Annunciation of Our Lord March 25 with a Mass for Peace that will include the Consecration/Entrustment of Russia and Ukraine to the Immaculate Heart of Mary.

This event, to be held at Mary Queen of the World Cathedral at 7:30 p.m., responds to Pope Francis’ appeal to Catholic bishops worldwide to join him on that day in consecrating Russia and Ukraine to the Immaculate Heart of Mary. The Holy Father will do so while presiding at a Celebration of Penance at 5 p.m. (Rome time) in Saint Peter’s Basilica.

This act will also renew Pope John Paul II’s consecration of Russia to the Immaculate Heart of Mary, which took place on March 25, 1984. That consecration was in response to the request of Sr. Lúcia, the eldest of the three children who witnessed the Fatima apparitions.

Following the Mass at Mary Queen of the World Cathedral, the Blessed Sacrament will be exposed throughout the night and the following day until the 5 p.m. Saturday Mass.

The Cathedral will remain open for the all-night vigil; all are welcome to spend some time in adoration.

”The Feast of the Annunciation celebrates the most amazing, the greatest event in all of history: the Incarnation of the Word of God in the womb of the Blessed Virgin Mary. It commemorates the announcement by the Archangel Gabriel of Mary’s divine motherhood. In saying “yes,” Mary agrees to carry and give birth to the “Son of the Most High,” Archbishop Lépine underlines.

“Each day, the Lord invites us to say “Yes,” as well, to his plan of love that He has devised for each and every one of us. Through it, we become instruments of his Peace in our families, in our Church, in society and in the world. With the help of the Holy Spirit, let us join in prayer with everyone throughout the world, in Ukraine and in Russia, who is appealing to Jesus Christ, the Prince of Peace, through the intercession of his Mother,” the archbishop states.

This Mass will be livestreamed on the diocesan YouTube channel:
https://www.youtube.com/channel/UC9NYPA4cnZNcsOXnGx1-Qqg

Good Friday 2022: Way of the Cross procession through the streets of Old Montreal led by Most Rev. Christian Lépine